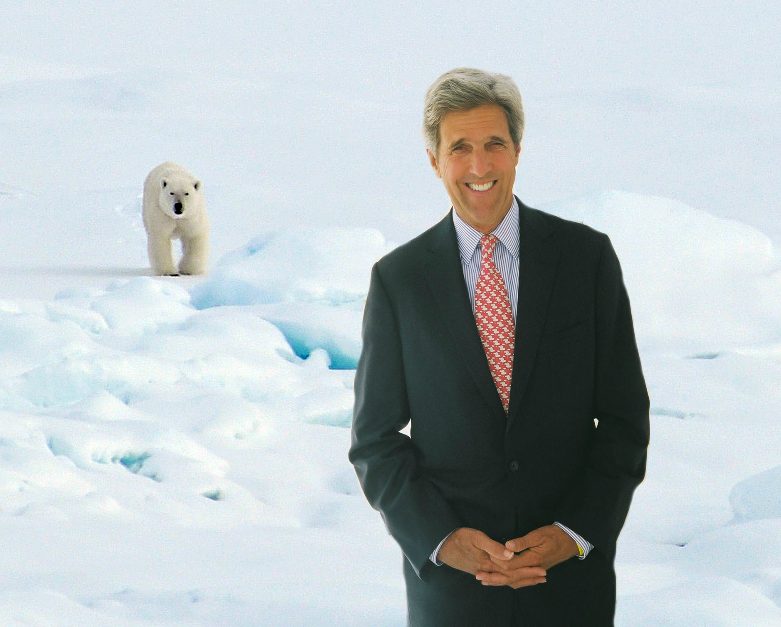 Secretary of State John Kerry is headed to Kiruna, Sweden, tomorrow, 14 May, for a ministerial meeting of the Arctic Council, the only diplomatic forum focused exclusively on the Arctic region. Members represent the eight nations with territory north of the Arctic Circle (Canada, the US, Denmark, Finland, Iceland, Norway, Russia, and Sweden), plus representatives of Arctic indigenous peoples. The Council’s concerns include a broad swath of environmental issues stemming from a wildly changing global climate amplified in the Arctic.

The meeting comes 25 years after Kerry hosted climate change hearing with Al Gore in the Senate and nothing happened. This year’s Arctic Council is focused on mitigating a future oil spill as drilling in the far north ramps up. Ministers will be signing of an historic Arctic Marine Oil Pollution Preparedness and Response Agreement. The State Department describes this as an agreement that will “forge strong partnerships in advance of an oil spill so that Arctic countries can quickly and cooperatively respond before it endangers lives and threatens fragile ecosystems.”

Sounds great, except we can’t contain offshore spills, no matter the level of cooperation. Still, Kerry’s attendance will boost interest in an obscure Council and the problems—for most—of a faraway place.