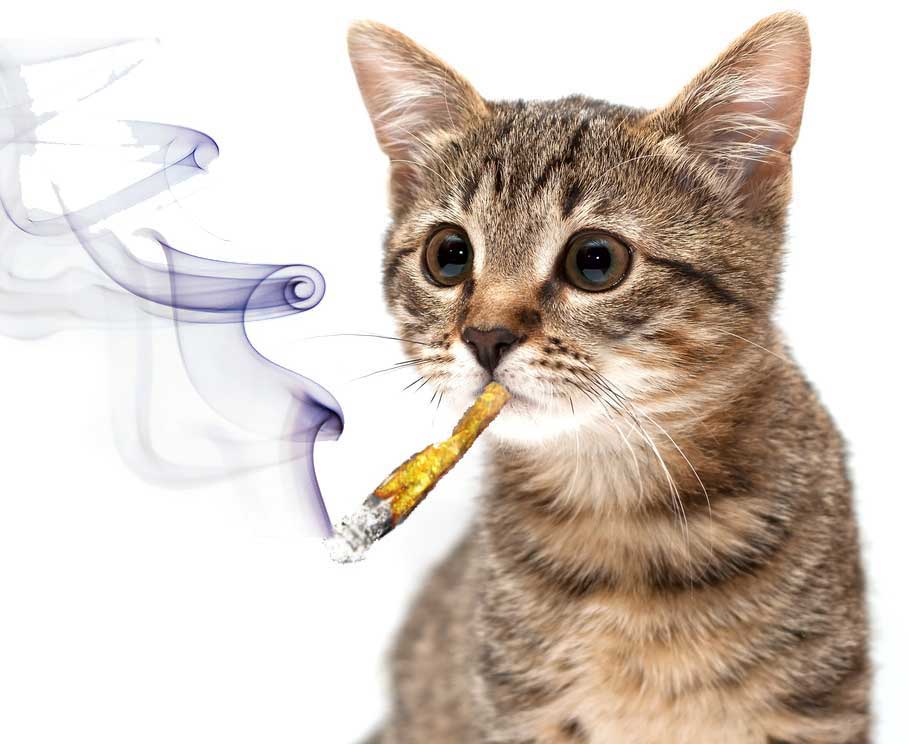 Is it ever a good idea to get your dog or cat stoned? California veterinarian Doug Kramer says the answer depends on whether your pet could be classified as a medical marijuana patient.

“I do think there are therapeutic benefits to it,” says Kramer, who some years ago found that his homemade pot tinctures helped his own dog, a husky named Nikita, fight pain and regain her appetite after she came down with cancer.

Despite the spread of medical pot laws around the country, marijuana still remains taboo within the veterinary establishment; its medical journals won’t publish anything about it, and Kramer is one of the few veterinarians even willing to discuss using medical marijuana for pets. He points out that a slew of medical studies on the effects of pot have relied on rats and dogs as substitutes for humans, suggesting that “mammals have the same cannabinoid receptors as humans do” and “would benefit in the same ways.”

Perhaps the nation’s only overtly 420-friendly vet, Kramer has crowdsourced a slew of research on pot for pets. Through submissions to his website, VetGuru.com, and surveys distributed at pot dispensaries, he has amassed more than 500 case studies, the vast majority of them positive, he says. Most people use cannabis to treat their dogs and cats for pain, seizures, and inflammation stemming from arthritis. About 20 percent of phone calls to Kramer’s office now come from other cannabis-curious vets. 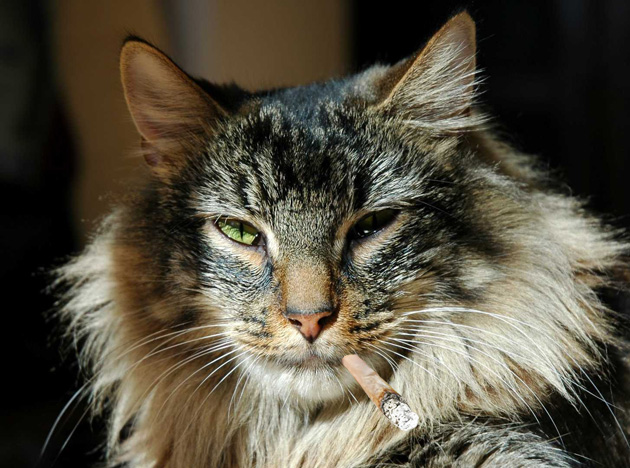 Photoillustration by Michael Mechanic based on a Flickr photo by Eva101.
“Anything people find effective on themselves, they are going to transfer to their pets,” explains pot-friendly vet Doug Kramer.

Cannabis may have a bad name among vets because they tend only to see the animals that have overdosed—either by tearing into their owner’s stash of pot brownies, or by getting treated with a tad too many kibbles and hits. “Obviously the dose for a Great Dane will be much different than what you’d give a Chihuahua,” says Kim Baker, a holistic pet care provider based in Denver. An over-baked dog, she says, is typically lethargic, suffers from a loss of balance, and may be at risk of choking on its vomit.

“Anything people find effective on themselves, they are going to transfer to their pets,” Kramer argues. He believes that lifting the veterinary taboo on pot would help pet owners make sure they’re using cannabis safely. (He has published his own guide on the website.) Ultimately, Kramer wants California and other states to allow the family dog to get its own pot card.

But why stop there? He tells me of a woman who fed her horse cannabis-infused butter to treat it for laminitis, a foot disease that causes painful swelling. “She said it was like a new horse afterwards,” he told me. 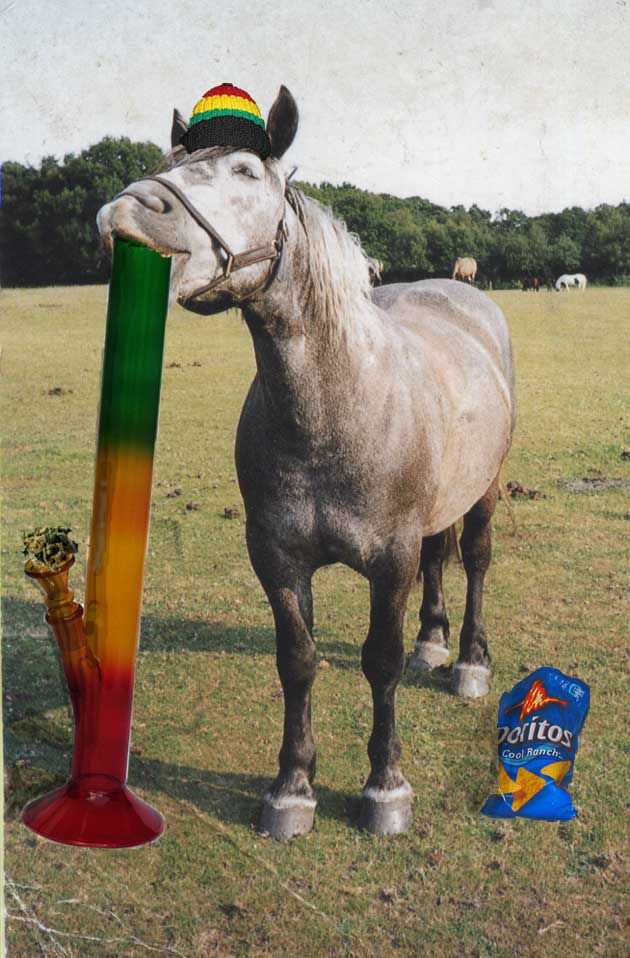 This is not how to give marijuana to your horse. Photoillustration based on photo by TheirHistory.