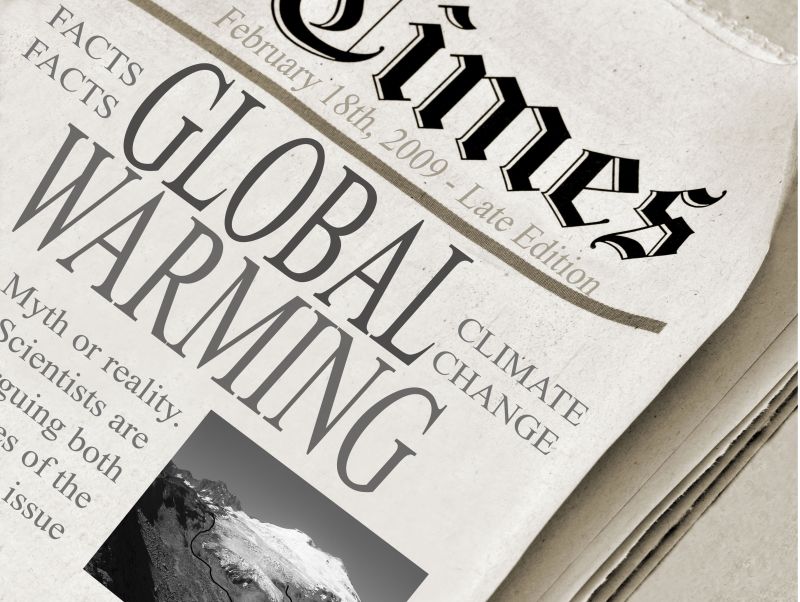 Fogarty, who had been covering climate change in Asia, said he’d been told climate change was no longer a top-priority issue for the wire service. Fogarty described one high-level editor, Paul Ingrassia, as a climate skeptic and said that it became increasingly difficult to publish stories on global warming under his leadership:

In April last year, Paul Ingrassia (then deputy editor-in-chief) and I met and had a chat at a company function. He told me he was a climate change sceptic. Not a rabid sceptic, just someone who wanted to see more evidence mankind was changing the global climate.

Progressively, getting any climate change-themed story published got harder. It was a lottery. Some desk editors happily subbed and pushed the button. Others agonised and asked a million questions. Debate on some story ideas generated endless bureaucracy by editors frightened to take a decision, reflecting a different type of climate within Reuters – the climate of fear.

By mid-October, I was informed that climate change just wasn’t a big story for the present, but that it would be if there was a significant shift in global policy, such as the US introducing an emissions cap-and-trade system.

Very soon after that conversation I was told my climate change role was abolished.

On Tuesday, Media Matters published an analysis of Reuters’ climate coverage before and during Ingrassia’s tenure that seems to back up Fogarty’s claims. Their analysis found a 48-percent drop in the number of climate stories after the editor started: 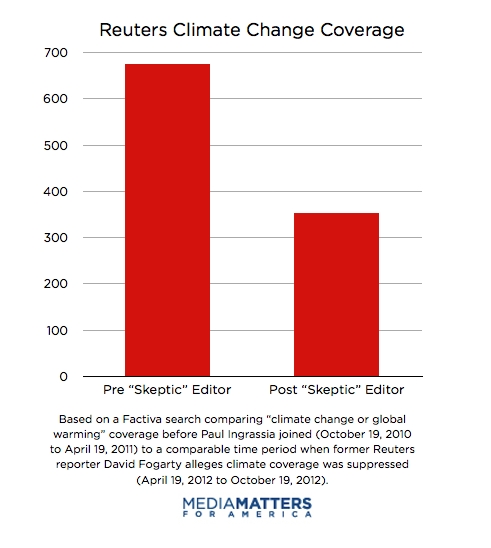 Reuters responded previously to Fogarty’s allegations by saying that “there has been no change in our editorial policy” and the wire service “is committed to providing fair and independent coverage of climate change.”