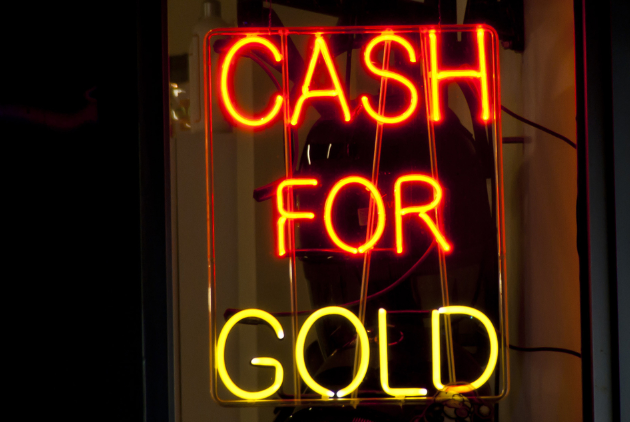 If House Republicans don’t agree to raise the nation’s debt ceiling and a default ensues, the economic effects would be “catastrophic,” in the words of Treasury Secretary Jack Lew. The nation’s borrowing costs would spike, as would interest rates for average Americans, and the stock market would plummet. But not everyone will lose if a default causes an economic catastrophe. Here’s who could profit from a financial calamity:

1. Short sellers: Most folks invest in stocks and bonds hoping the value of their investments will increase. But there’s also money to be made by short selling—betting that the value of a stock or bond will drop. Short selling is an investment strategy that’s typically employed by sophisticated investors and financial firms, but technically anyone can do it. Investors who bet that the value of US Treasury securities will dip would likely profit. Because a default could cause the US stock market to crash, shorting almost any US stock could make you money. In fact, you can even invest in specific mutual funds that specialize in short selling. “It’s a very powerful and disillusioning feeling to know that smart rich people can make money even when America goes over Niagara Falls in a barrel,” says Jeff Connaughton, a former investment banker and White House lawyer during the Clinton administration.

2. Investors in gold and silver: Gold and silver typically rise in value when when the stock market is volatile, because they hold their value better than paper money or other assets. The price of both metals rose this week as default fears heightened.

3. Bitcoin investors (maybe): The value of this untraceable virtual currency has tracked closely with gold over the past year, suggesting that it could serve as a more stable investment during a financial crisis.

4. Currency traders: Traders who bet that the US dollar will decrease in value relative to foreign currencies stand to profit off of a US government default.

5. Pawn shops: If the effects of a default are catastrophic, stocks will plummet, pension funds could dry up, credit card interest rates will rise, and jobs will be lost. Though credit markets may freeze up, as they did in the wake of the 2008 meltdown, pawn shops ought to do well, as they did following the last crisis.

7. Mortgage servicers: Mortgage rates typically rise and fall along with Treasury rates. If a default causes a spike in interest rates, home owners could see their monthly mortgage bills soar, causing some homeowners to default on their loans and wind up in foreclosure. You’d think this would be bad news for all parties involved—families, lenders, investors, mortgage servicers. But the latter actually turn a good profit by foreclosing on people; investors take the losses, while servicers make back all the money they’re owed in a foreclosure sale, plus all sorts of fees borrowers have to pay on their delinquent loans.

8. The canned and freeze-dried food industries: Doomsday preppers are already getting ready for the collapse of civilization that could result from a financial meltdown by stocking up on pork and beans and freeze-dried meals.