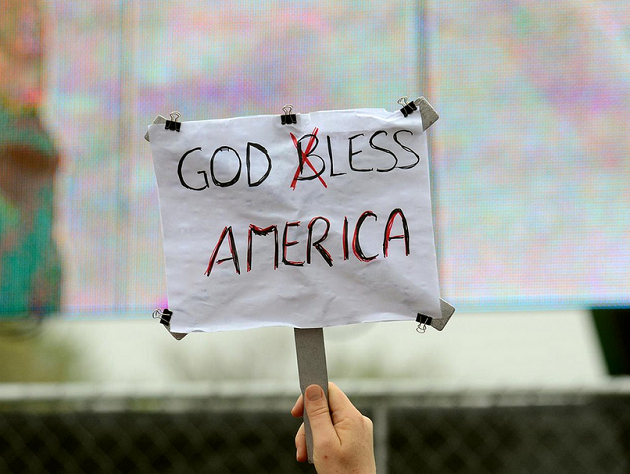 Americans don’t like atheists much. It’s something we get reminded of every December, as Fox News commentators decry a secularist “war on Christmas.” But the distrust spans the seasons: Barely half of Americans say they would vote for an atheist for president; 48 percent, meanwhile, would disapprove of their child marrying one. Still, atheist America is growing: One-fifth of the public has now joined the rank of the so-called “nones,” the religiously unaffiliated.

So how do you build an atheist? Or a whole country of them like the Czech Republic, where 78 percent of people describe themselves as either not religious or an outright “convinced” unbeliever?

In the last decade, a growing body of psychology research has begun to home in on an answer to that question. Not surprisingly, the psychology of religion and the psychology of atheism are closely intertwined; on the whole, these studies tend to show that for most people, religion comes pretty naturally. “It seems like religiosity, or religious beliefs, are encouraged by a number of basic intuitions that we have about the world that seem to be built into our brains,” explains Ara Norenzayan, a pioneering researcher on the psychology of religion at the University of British Columbia, on the latest episode of the Inquiring Minds podcast (stream above). 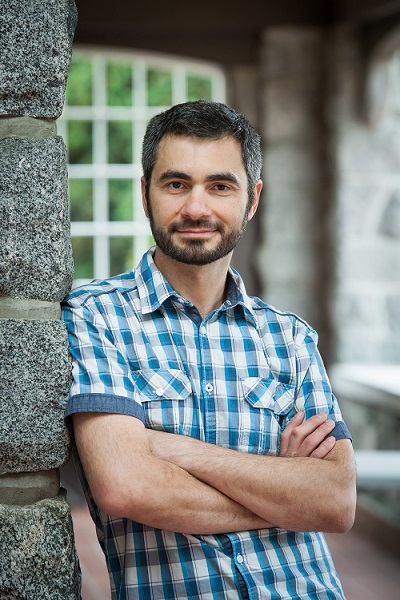 But there are large exceptions to that statement: Some half billion people worldwide, according to one estimate, reject God. Who are they? Here are three major factors, based on Norenzayan’s research, that tend to produce a secular mindset:

Less “mentalizing.” One of the most surprising scientific findings of the research on the causes of religiosity (or the lack thereof) involves a trait called “mentalizing.” “This is the idea that we have a basic social cognitive capacity to infer and read the minds of other people,” explains Norenzayan.

On a social level, mentalizing helps you connect with and relate to others; the surprise is that it also predisposes one to religiosity. Religious believers the world over seem to relate personally to a God whose mind they feel they can understand, almost as if that God is a friend or neighbor. “When people enter into a relationship with a supernatural agent, they are basically engaging their mentalizing tendencies,” explains Norenzayan.

Analytical thinking style. In addition to mentalizing, a number of other basic cognitive traits have also been shown to promote religiosity. One very important one is having an intuitive style of thinking, as opposed to an analytic, contemplative style that favors in-depth, effortful thought. Thus, one much-discussed paper by Norenzayan and a colleague in the journal Science last year found that people who were more naturally disposed to challenge their basic intuitions—many of which favor religion—were more likely to be atheists. “You could have these full-blown intuitions,” says Norenzayan, “but if you revise them, or block them, then you’re also going to have less religious belief.” 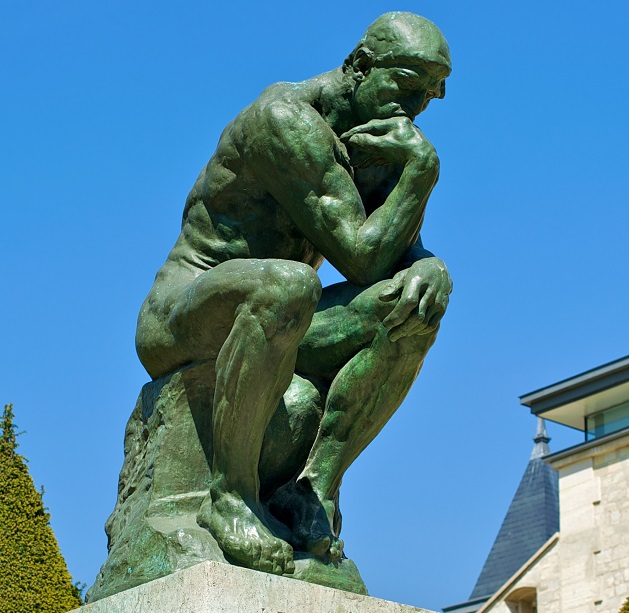 This statue will make you less religious. Daniel Stockman/Wikimedia Commons

In one amazing experiment in the paper, the researchers were even able to produce a temporary decline in the study subjects’ religiosity simply by showing them a picture. But not just any picture; it was the French sculptor Auguste Rodin’s famous The Thinker statue (pictured at right), an iconic depiction of cognitive labor. The control in the experiment was another sculpture: Discobolus by the Greek sculptor Myron, a classical depiction of an athlete about to hurl a discus.

To be clear, there was no religious content to this experiment. People were simply shown one of two sculptures and then later asked about their religious views. And yet the pose of the sculpture had a clear impact. “Exposure to the thinking pose reduced religious belief,” says Norenzayan. That’s likely a proxy for getting people into an analytic, nonintuitive, contemplative state of mind, which is favorable terrain for atheists. They really do like to think.

Existential security. In addition to such cognitive factors, Norenzayan thinks a large array of social and cultural influences also helps to determine not only which god or gods you might believe in or reject in a given society, but also how tolerant your society is of atheists. He details many of these in his new book, Big Gods: How Religion Transformed Cooperation and Conflict, which starts out with the example of Denmark, a society that is both highly irreligious and yet also highly ethical. “This is one of the most cooperative societies on Earth,” says Norenzayan, “and they’re doing it completely without religion.” 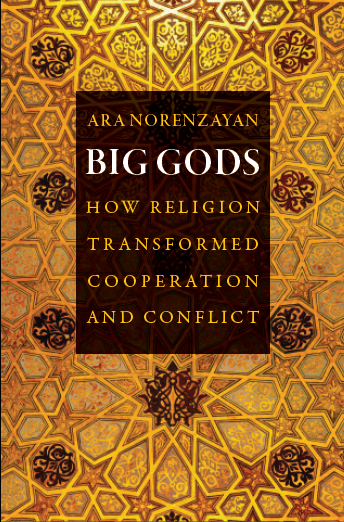 And it’s not just Denmark. There are a number of nonreligious societies in the world, including many Asian countries like Japan, South Korea, and China and also most European countries. So what makes them tick? “The way I would put it is that these societies climbed the ladder of religion and then kicked it away,” says Norenzayan.

Again and again in Norenzayan’s research, societies that are existentially secure—meaning that people have access to health care and a strong social safety net, that there is a strong rule of law, but also that they are not facing deadly diseases or natural disasters—tend toward less religion and also more tolerance of atheism. Perhaps the most powerful demonstration of this came in an amazing study in which a New Zealand earthquake was found to have produced more religious belief in those who were directly affected by it—even as the rest of the society was growing more secular all around them.

Existential threat, in the form of an earthquake, produces more religiosity; existential stability—in the form of an established rule of law, universal health care systems, and strong welfare states—leads to the opposite. And that, says Norenzayan, helps explain low levels of religiosity in Europe, even as it may also explain why the US is an outlier among developed countries when it comes to religion. “Compared to other advanced democracies, there is much more existential insecurity in the United States,” Norenzayan says. We didn’t have health security (until recently, anyway), and we have a large gap between rich and poor compared with many other industrialized countries.

What this line of thinking suggests is that passing a major US policy change like Obamacare could, in the long run, produce more atheism by making people’s lives more secure. When life is good, stable, and unthreatening, it seems that you don’t need religion so much to give you hope for a better future in the afterlife. You already have that hope—for this life.

The implications for atheists? They are notorious for loving to debate and argue, but perhaps they should focus less on trying to convince people that God doesn’t exist, and more on bettering people’s lives all around them. “Strong safety nets is going to be a much more powerful incentive in the long run that will lead to the decline of religion,” says Norenzayan. Libertarian atheists like Penn Jilette may not like that conclusion, but the evidence suggests that if atheists want to give a gift of irreligion this Christmas, they should think about how they’re going to vote.

To listen to the full podcast episode with Ara Norenzayan, you can stream below:

This special Christmas episode of Inquiring Minds, a podcast hosted by best-selling author Chris Mooney and neuroscientist and musician Indre Viskontas, also features a discussion of whether buying your kids tablets so they can play lots of video games is bad for their brains (you’ll be surprised at the answer), and how Santa Claus will soon be Canadian if Canada succeeds in its plan to claim the North Pole.

To catch future shows right when they are released, subscribe to Inquiring Minds via iTunes or RSS. You can also follow the show on Twitter at @inquiringshow and like us on Facebook. Inquiring Minds was also recently singled out as one of the “Best of 2013” shows on iTunes—you can learn more here.