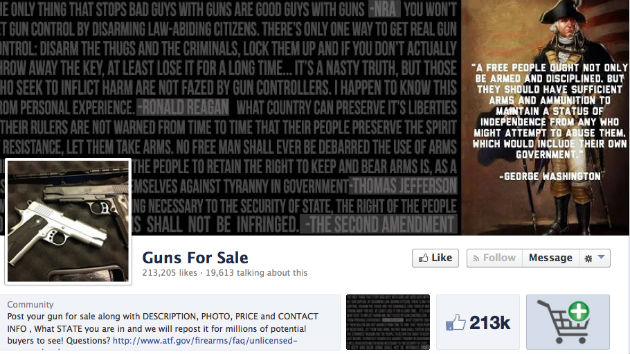 Facebook has officially decided that it doesn’t like shady gun deals. On Wednesday, the social-sharing behemoth announced significant policy changes aimed at policing gun trafficking on its platform: The company will delete posts that offer to buy or sell guns without background checks, block users under the age of 18 from viewing gun listings, and require all gun pages and groups to prominently refer to laws governing gun sales. Facebook will also apply controls to its photo-sharing subsidiary Instagram, which has also grown as an outlet for gun trafficking.

The move comes after weeks of pressure spearheaded by Moms Demand Action, the grassroots advocacy group formed after the Sandy Hook massacre that recently merged with Michael Bloomberg’s Mayors Against Illegal Guns. Moms Demand Action says it drew more than 230,000 supporters for a petition urging Facebook CEO Mark Zuckerberg and Instagram CEO Kevin Systrom to deal with the issue. “Our campaign showed how easy it is for minors, felons and other dangerous people to get guns online,” founder Shannon Watts said in a statement. “We are happy that these companies listened to American mothers and we believe these changes are a major step toward making sure people who buy or sell guns on their platforms know the law, and follow it.”

Exactly how Facebook will go about enforcing the new policies is unclear, and it remains to be seen how effectively the company will be able to control such activity on its pages. But at a minimum these changes—which also allow Facebook users to flag suspicious posts—should help diminish the opportunity for kids and felons to acquire firearms.

Yet, would-be criminals may simply flock elsewhere, as there remains at least one major social-sharing site where such deals can easily go down: Reddit. As we were the first to report back in January, Reddit hosts thousands of for-sale listings for military-style assault rifles, semi-automatic handguns, high-capacity magazines, and other weaponry. The site appears to be particularly ripe for dubious gun deals, because most of its users operate anonymously—and because, as a company official confirmed to us, Reddit does not track the gun transactions on its site and has no idea whether they are conducted legally. That didn’t stop the company from granting its users permission to engrave Reddit’s official logo on assault rifles.

Moms Demand Action says that it plans to keep pressuring companies to act in the interest of gun safety, though according to a spokesperson the group has had no conversations with Reddit yet. 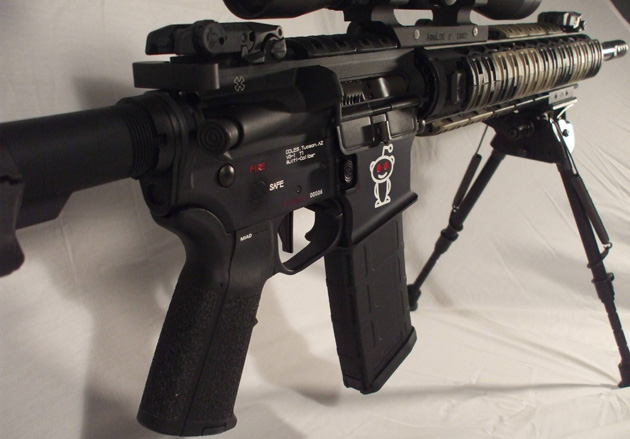