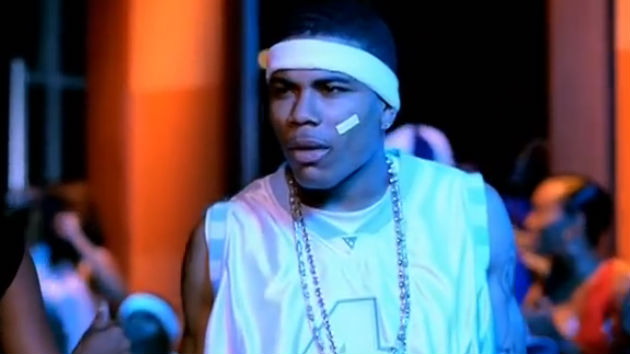 Over the weekend, Latino Mix 105.7, a Univision-owned radio station in San Francisco, captured the hearts and lazy imagination of the internet. “There once was a film called Life is Beautiful about Nelly’s ‘Hot in Herre‘ being looped on a radio station for 24 straight hours [and now] that movie has come to life,” gushed Gawker. (Life is Beautiful is actually a movie about the Holocaust and the enduring love of family.) In the widely covered stunt, the station started playing “Hot in Herre” [sic] around 3 p.m. PST on Friday and then just… kept going. The song wasn’t taken off repeat until Monday evening, shortly after 5 p.m. PST. “San Francisco radio station Latino Mix FM 105.7 has been doing its best to torture Bay Area listeners,” the San Jose Mercury News reported on Monday.

“Hot in Herre” (click here for lyrics) was a smash-hit song for St. Louis rapper Nelly in 2002. It was described as “the perfect summer jam” by People. It’s a song so inextricably tied to the early Bush era that you can read about US Marines singing it as they moved into combat in Iraq. (This moment, from journalist Evan Wright’s book Generation Kill, was recreated in the HBO miniseries of the same name.) The song was featured in a 2012 Super Bowl ad starring Elton John as a tyrannical but violently overthrown king.

So the song is of a significant degree of pop-cultural recognition, if not importance.

Latino Mix 105.7’s publicity stunt got enough attention to be covered by everyone from Entertainment Weekly and Slate to ABC News and USA Today. Nelly excitedly tweeted about it. The station’s reason for this Nelly-tinged Groundhog Day was pretty clear from the start: The Latino Mix was switching formats to an English-language contemporary brand, Hot 105.7. This kind of stunt performed during a station’s format-limbo isn’t unheard of. Starting in late July, Toronto radio station Indie88 tested its signal by playing Rick Astley’s much-reviled “Never Gonna Give You Up” for a whole week. A couple weeks ago, another Univision-owned station in Albuquerque played Frank Sinatra’s “New York, New York” for over four days before relaunching. And in 2003, a station in Austin also used “Hot in Herre” in its format change.

The “Hot” stunt, however, gained a special degree of traction on social media, as well as more traditional national media. And according to Raúl Rodríguez, vice president and general manager of San Francisco radio and TV at Univision Radio, it was—no teasin’—a big surprise for the station. “Our goal was to get people in the Bay Area buzzing about this,” Rodríguez says. “We didn’t imagine it would go viral to the extent it did.”

It was their new DJ, Chuy Gomez who suggested Nelly’s song as the soundtrack to the station’s weekend interlude for their “Hot”-related makeover. “It was perfect in that the station name was going to be ‘Hot,’ but as it turns out, it was much more playful than we anticipated,” Rodríguez says. “We anticipated complaints, but not sheer joy and nostalgia for Nelly and that song.”

One of the ways in which the internet expressed this joy and nostalgia for this melodic gemstone from the early aughts was through the hashtag “#Nelly1057,” which trended on Twitter rather heavily. That 10-character metadata tag appears to be a organic invention of an enthralled public, not Univision or the now converted Latino Mix 105.7. “Our understanding is that an early tweeter coined #nelly1057,” Rodríguez concludes. (It looks like @bennett4senate gets the credit.)

“Even though it is over, our hearts shall go on,” eulogized the NBC-affiliated TV station in Nelly’s hometown of St. Louis.

And with that, you may dance: