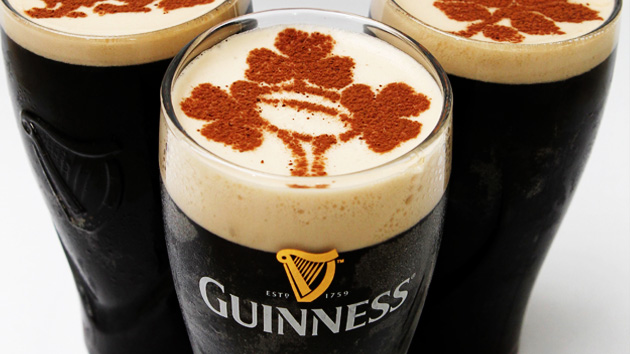 Three beer giants—the manufacturers who bring you Heineken, Sam Adams, and Guinness—have pulled their sponsorship of Saint Patrick’s Day parades in New York City and Boston over the events’ policy of anti-LGBT discrimination. (The Boston parade took place on Sunday, while the NYC one is on for Monday.) Both parades technically allow gay groups to march but ban signs and placards regarding sexual orientation. The withdrawals came following pressure from gay rights activists over the ban. New York Mayor Bill de Blasio and Boston Mayor Marty Walsh also skipped their respective parades.

We have been participating in the South Boston St. Patrick’s Day Parade for nearly a decade and have also supported the St. Patrick’s Day breakfast year after year. We’ve done so because of the rich history of the event and to support veterans who have done so much for this country.

We were hopeful that both sides of this issue would be able to come to an agreement that would allow everyone, regardless of orientation, to participate in the parade. But given the current status of the negotiations, we realize this may not be possible.

We share these sentiments with Mayor Walsh, Congressman Lynch and others and therefore we will not participate in this year’s parade. We will continue to support Senator Linda Dorcena Forry and her St. Patrick’s Day breakfast. We wish her all the best in her historic stewardship of this tradition.

Here is Heineken’s statement, given on Friday, regarding the New York parade:

We believe in equality for all. We are no longer a sponsor of Monday’s parade.

Guinness, which is part of Diageo, weighed in on Sunday:

Guinness has a strong history of supporting diversity and being an advocate for equality for all. We were hopeful that the policy of exclusion would be reversed for this year’s parade. As this has not come to pass, Guinness has withdrawn its participation. We will continue to work with community leaders to ensure that future parades have an inclusionary policy.

Responses from LGBT activists have been generally positive. “Heineken sent the right message to LGBT youth, customers and employees who simply want to be part of the celebration,” Sarah Kate Ellis, president of GLAAD, said, for instance.

Parade organizers did not immediately respond to Mother Jones‘ requests for comment.