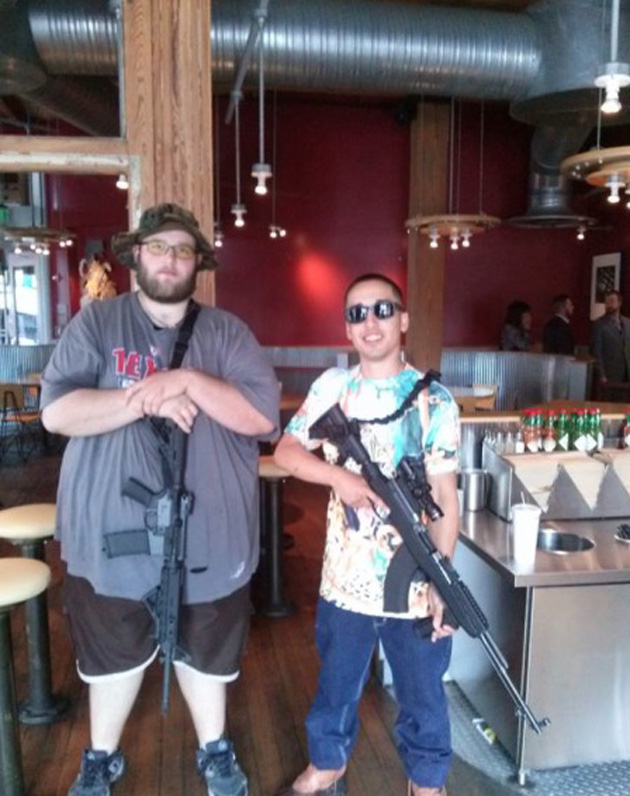 Carne asada with an assault rifle on the side? Not so much. Chipotle has now become the third food and beverage chain to explicitly ask customers not to bring loaded firearms into its stores, after a demonstration at a Dallas franchise over the weekend provoked a backlash from a leading national gun-reform group.

On Saturday, members of the Dallas County chapter of the gun-rights activist group Open Carry Texas brought along their military-style assault rifles with their appetites for burritos. “I personally carry an AK-47,” one member told a local reporter. “There were a few AR-15s there. The rifles were loaded. There’s no reason to carry an unloaded weapon—it wouldn’t do any good.” Openly carrying rifles (but not handguns) is legal in Texas. 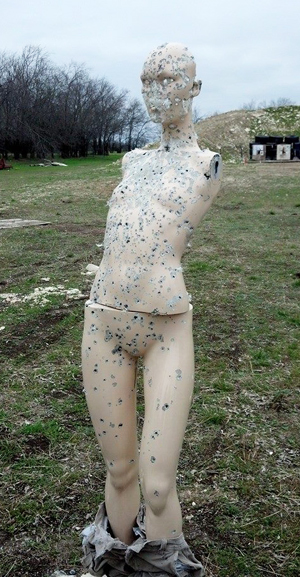 Moms Demand Action for Gun Sense in America moved swiftly with a social media campaign denouncing the stunt, which came on the heels of similar efforts focused on Starbucks, Jack in the Box, and Facebook. On Monday, Chipotle responded. “We are respectfully asking that customers not bring guns into our restaurants, unless they are authorized law enforcement personnel,” the company said in a statement. The Chipotle spokesperson noted that the demonstration in Dallas “caused many of our customers anxiety and discomfort.”

Those Chipotle patrons had more reason to be uncomfortable than they may have realized. As I reported in an in-depth story last week, members of Open Carry Texas have harassed and bullied people who have expressed concern about their demonstrations. That harassment has included specifically targeting and degrading women, from publishing a schoolteacher’s personal information (she was soon attacked as a “stupid bitch” and “motherfucking whore”) and calling women who promote gun reforms “thugs with jugs,” to obliterating a naked female mannequin at a gun range. See the videos, images, and other disturbing details here.

For that story, I spoke with the head of Open Carry Texas, CJ Grisham, who told me that he would no longer engage in the harassment of women. “I’m not going to play those childish games anymore, so you won’t catch me using ‘thugs with jugs’. I’ve moved on,” he said.

But on Saturday, as word spread that Moms Demand Action was mobilizing around the Chipotle incident, Grisham took a shot at them on the Facebook page of an Open Carry Texas colleague: The women, Grisham said, are “encouraging their fellow sycophants to call and prevent you from going in. You may want to warn the manager to expect a relentless stream of calls from cackling wenches.”