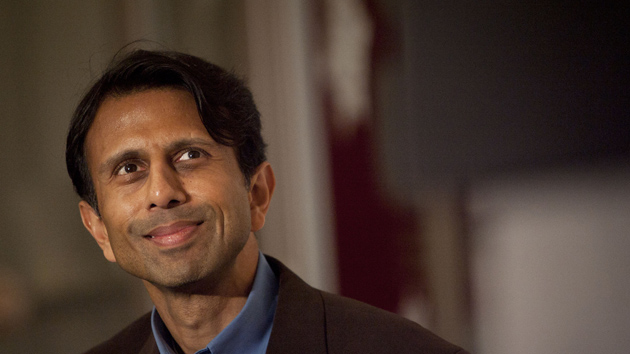 Louisiana Gov. Bobby Jindal has a new health care reform plan, a new political non-profit, and dreams of running for president in two years. But for the time being, he’s still governor of Louisiana.

Even as the legislature wrestles over hot-button issues—including a bill to rein in the Common Core math and English standards and a proposal to prevent parishes from suing oil companies for coastal land loss—the second-term governor has been largely AWOL from Baton Rouge. He’s as likely to pop up at the DC speech circuit (or in an early 2016 primary state) as he is to pick up the phone to hammer out legislation. And according to Louisiana-based investigative reporting site The Lens, Republicans back home are starting to take it personally:

Pearson said he finds Jindal’s detachment “a little disheartening.” The Slidell Republican said he has seen the governor twice this session: on opening day and at a committee chairman’s lunch.

“We have big problems with the budget. It looks like we’re kicking the can down the road for the next one or two years,” Pearson said, adding, “God, it would be nice to see his face on the [House] floor.

“He’s the governor, the leader of the state. It’s like being on a battlefield and seeing your general to know he’s there and cares about the troops,” Pearson added. “He should want to be here, be engaged. I don’t see any evidence that he is.”

Unease over Jindal’s frequent out-of-state visits has been simmering for a while now among conservative allies. (Previously, The Lens explored the governor’s failure to build to relationships with GOP lawmakers, with more than a dozen on-the-record critiques.) When I profiled Jindal for the magazine in March, I was struck by just how little love was lost between the boy-genius governor and the rank-and-file of his state party. As GOP presidential primary season creeps closer, those tensions aren’t likely to go away.