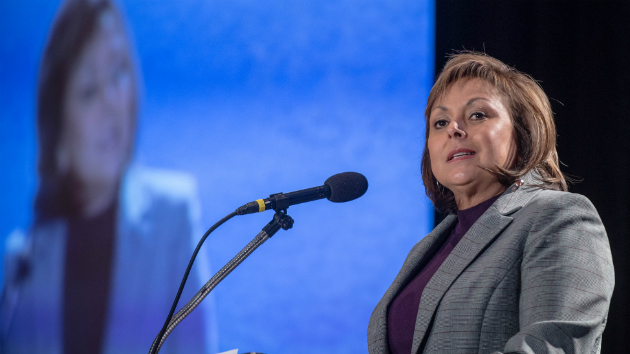 New Mexico Gov. Susana Martinez, a rising star in the Republican Party, says she’s not interested in running for national office, even as she’s name-dropped by pundits and party luminaries as a potential 2016 candidate for vice president or even president. Here’s another strong indication of her party-wide appeal: Every major Republican leader on Capitol Hill, from House Speaker John Boehner to Senate Minority Leader Mitch McConnell to Republican National Committee Chair Reince Priebus, is featured on the guest list for a May 21 fundraiser for Martinez in a tony neighborhood just outside Washington, DC.

Days after Martinez’s fundraiser, New Jersey Gov. Chris Christie is scheduled to join her in New Mexico to raise cash for her reelection campaign. When it comes to the money chase, Martinez is trouncing the five Democrats vying for the chance to defeat her in November: As of mid-April, her campaign had $4.2 million in the bank, while the best-funded of her potential challengers, Alan Webber, had only $440,000 on hand.

Read the invitation to Martinez’s May 21 fundraiser: