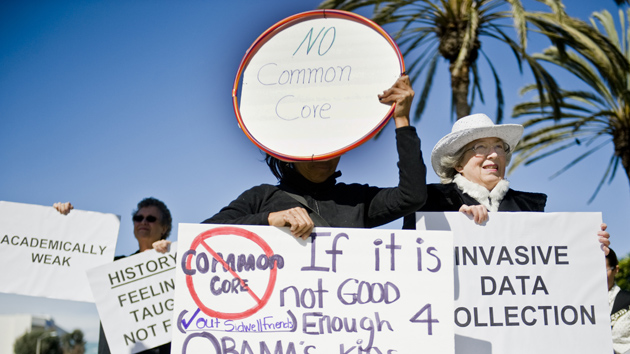 Conservative activists came up short in some high-profile races on Tuesday. Mississippi state Sen. Chris McDaniel unexpectedly lost his runoff against incumbent Sen. Thad Cochran (thanks in part to high turnout among African-American voters turned off by McDaniel’s positions). Former Rep. Tom Tancredo, famous for his fierce opposition to immigrants, blew a lead of his own in failing to win the GOP’s Colorado gubernatorial nomination. Oklahoma speaker of the house T.W. Shannon, backed by reality star Sarah Palin and Sen. Ted Cruz (R-Cruz), came up short in his quest to replace retiring Sen. Tom Coburn.

But it wasn’t all bad news. In Colorado, former state Sen. Ken Buck—one of a handful of tea partiers whose views cost the party control of the Senate four years ago—punched his ticket to Washington by securing the nomination in a safe Republican congressional seat. And in Oklahoma, state school superintendent Janet Barresi lost her primary to conservative challenger Joy Hofmeister. Superintendent races don’t normally capture the public’s attention, but Barresi was an endangered species—a red-state Republican who supports the Common Core State Standards, a set of math and English benchmarks backed by the Obama administration and adopted by 43 states and the District of Columbia.

Per the McAlester (Okla.) News-Capital:

According to supporters, Hofmeister’s victory was fueled by widespread antipathy for both Barresi and the Common Core standards. The Legislature voted to repeal Oklahoma’s endorsement of the national education standards, and Gov. Mary Fallin signed the repeal bill into law earlier this month.

“Doggone it, we worked hard and we’re going to get rid of that old hag. Barresi knows she’s getting her hat handed to her,” said Karen Yates, a Tea Party member from Oklahoma City.

Barresi pumped more than $1 million dollars of her money into her campaign and outspent Hofmeister. In the meantime, Hofmeister bested the incumbent in fundraising, garnering much of her support from educators throughout the state.

Barresi isn’t the first Republican school chief to go down in flames over the Core. In 2012, Indiana state superintendent Tony Bennett (no relation) lost to a Democratic critic of the standards; the state then became the first to reverse course on implementation. And the prospect of more electoral losses has made the Core’s early GOP supporters nervous. Last week, Louisiana Gov. Bobby Jindal, once an avid support of the Core, announced new measures to de facto remove his state from the program by delaying testing and reevaluating the standards. Meanwhile, activists have taken aim at former Florida Gov. Jeb Bush, a supporter of Common Core who has made corporate education reform the centerpiece of his post-gubernatorial life.

Tuesday’s news didn’t have made much of a dent outside Oklahoma, but the aftershocks might be felt for much longer.