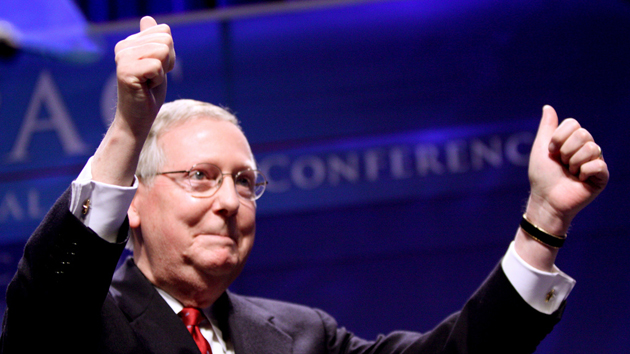 Barack Obama had better hope nobody resigns from his administration during the final two years of his presidency. Thanks to a new Supreme Court ruling released Thursday, it’s going to be a lot harder for Obama, and every other future president, to staff the executive branch.

In a unanimous decision penned by Justice Stephen Breyer, the court greatly reduced the president’s ability to make recess appointments with its decision in Noel Canning v. National Labor Relations Board. Breyer’s opinion rejected a lower court’s ruling that would have essentially nullified the president’s ability to appoint nominees to temporary jobs in the executive branch when Congress is out of town. But Breyer and his fellow eight justices said that the president can’t ignore Congress when it claims to still be at work, even if those sessions are just show meetings to obstruct the president. While upholding the concept of recess appointments, the new ruling will in essence prevent the president from using recess appointments anytime the opposition party controls one side of Congress. The Senate can’t enter a recess without the consent of the House, and they’re unlikely to ever get permission to officially leave town if the House majority is opposed to the president. The court’s decision also leaves countless labor dispute decisions in doubt.

The case centered on Obama’s January 2012 decision to bypass the Senate and appoint three members to the National Labor Relations Board, an independent agency of the federal government that mitigates disputes between companies and unions. Obama appointed Richard Cordray, whose appointment as director of the Consumer Financial Protection Bureau had been stalled in the Senate for six months, on the same day.

Senate Republicans had vowed to filibuster nominees for the labor board, a roundabout method of defanging an arm of the government they ideologically opposed. Rather than passing a law to erase the NLRB, their strategy was to use filibusters to pummel the agency down until it didn’t have enough members to reach a quorum. Obama sidestepped that by unilaterally appointing those three new members, citing the long-standing precedent of temporary recess appointments when Congress is on vacation. That’s a power explicitly spelled out in Article II, Section 2 of the Constitution: “The President shall have power to fill up all vacancies that may happen during the recess of the Senate, by granting commissions which shall expire at the end of their next session.”

The only problem? The Senate claimed it wasn’t technically in recess when Obama made his appointments. Republicans were holding pro forma meetings every few days, sessions where they’d gavel in and out for the sole purpose of claiming that they weren’t in “recess” in order to block Obama. This wasn’t a wholly original tactic—Democrats had started using the same method at the tail end of the Bush years—but Senate Republicans had taken the obstructionism to a whole new level, objecting not just to individual nominees on their merits, but blocking nominees in a bid to kneecap parts of the federal government they disliked, including the NLRB and the CFPB. The Justice Department issued a memo at the time claiming that the GOP’s pro forma sessions didn’t count if the Senate wasn’t conducting actual business, but Republicans cried foul. “This action goes beyond the president’s authority,” House Speaker John Boehner said at the time, “and I expect the courts will find the appointment to be illegitimate.”

Bottling company Noel Canning sued the NLRB in 2012 after the board sided with the Teamsters union in a dispute over pension contributions. The company argued that Obama’s three recess appointees were illegitimate members, and that the board lacked a lawful quorum when it ruled against the company. The DC Court of Appeals bought Noel Canning’s argument, broadening the initial complaint to a broader rebuke that would have disqualified almost every past recess appointment (including Justice Antonin Scalia’s own son Eugene, who got his job that way during the Bush years), not just Obama’s method of sidestepping the pro forma sessions.

The Supreme Court didn’t go quite that far. The court confirmed that the president has broad discretion to fill gaps in the administration whenever Congress is in recess. But Breyer’s opinion says that the president can’t deem Congress on vacation when it claims to be in session. “We generally take at face value the Senate’s own report of its actions,” the opinion reads. The Senate doesn’t have to be conducting business, the justices say, it just has to maintain the ability to do work if need be. Under that standard, Obama’s decision to ignore the pro forma sessions was a clear overreach of presidential powers.

In the immediate term, the Supreme Court’s decision throws into doubt hundreds of NLRB rulings. A year and a half after the recess appointments, the Senate confirmed a full slate of NLRB members, as well as Cordray at the CFPB. But any vote the NLRB took between the recess appointments and official confirmation can now be challenged under the Supreme Court’s logic. A whole host of labor disputes will be open to new litigation. The CFPB faces a similar problem; the agency’s structure mandates that a director be in place for any new regulations to be finalized. While Cordray went back and reaffirmed each of his decisions after he received Senate approval, banks might still use the court’s ruling to challenge the process the CFPB used to formalize rules written during the half-year gap between Cordray’s recess appointment and his full confirmation.

Beyond those implications, the Supreme Court’s decision could essentially make it impossible for future presidents to use recess appointments when the minority party controls one section of Congress. While the Senate is technically in charge of appointments, the House still has a say; the Senate can’t technically recess unless the House consents. It will always be in the opposition party’s interest to prevent the president from filling federal vacancies or putting judges on the bench without their approval. That could spell trouble for President Obama in the final years of his presidency. While he’s had an easier time getting his judges and staff confirmed since the Senate went nuclear on the filibuster, Republicans are projected to retake the Senate in the midterm elections. Obama better make sure he gets all of his staff in place before the end of the year if he doesn’t want an empty White House as he winds down his final term in office.