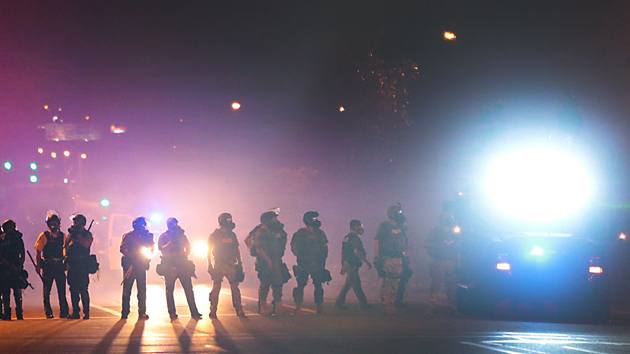 Yet more astounding, infuriating, and terrifying images from Ferguson, Missouri last night, where an alderman was arrested, journalists were arrested and tear gassed, and chaos ensued. Adam Weinstein at Gawker rounded up some of the best (worst), and we’ve added a few more:

My face after tear gas. Stinging, eyes watering. I’m not getting out of this car. #ferguson #mikebrown pic.twitter.com/ALIVdhzlXa

“This is what the world is seeing, the world to which we strive to be an example.” http://t.co/iTn2V84t0S pic.twitter.com/eUP08OJf61

Video of journalists trying to escape from clouds of teargas in #Ferguson Wednesday night, via @ksdknews https://t.co/nDKolrbrKH