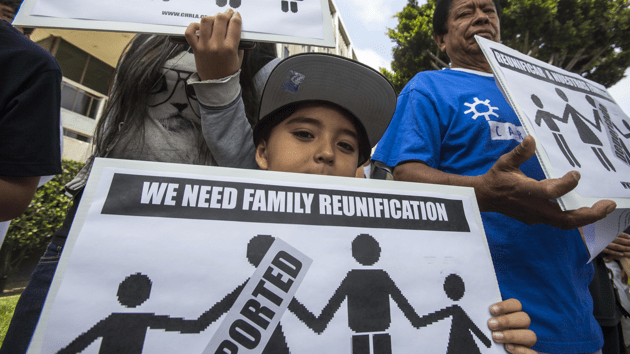 Since last fall, tens of thousands of migrant kids have streamed across the southern US border fleeing violence in Honduras, Guatemala, and El Salvador. When they arrive, many are held in overcrowded, unsanitary, and freezing-cold detention centers, and most are left to fend for themselves in immigration hearings because they lack legal representation. The US treatment of migrant kids might be better if the country had ratified an international treaty called the UN Convention on the Rights of the Child. That document that would have required lawmakers to consider the “best interests of the child” in crafting policy. But despite decades of pressure from human rights activists, the United States has refused to sign on to the treaty, largely because social conservatives believe it would force Americans to give up spanking.

The UN Convention on the Rights of the Child has long been a conservative hobby-horse, an issue seized on by conservatives fired up by home-schooling advocate Michael Farris. Farris believes, among other things, that if the United States signed the treaty, “parents would no longer be able to administer reasonable spankings to their children,” parents wouldn’t be able to keep their kids out of sex education, and that children could choose their own religion. Such issues are red meat for conservatives—so much so that treaty opposition is even a plank in the Iowa GOP platform. GOP presidential candidate Mitt Romney came out against it in 2012.

This kind of conservative opposition is one reason why the United States and Somalia are the only countries in the world that haven’t ratified the child-protection treaty. While conservatives’ fears of UN-mandated sex ed and spanking-free childhoods are largely hypothetical, the consequences of not supporting the treaty are now becoming ever more real as the US confronts the humanitarian crisis on its southern border.

Naureen Shah, a legislative counsel at the ACLU, says that if the United States had to conform to the convention’s “best interests” provision, the White House and Congress would be pressured to prioritize reuniting kids with their family members in the US, instead of rushing to deport them. Ratifying the treaty could also spur the US to improve the kids’ detention conditions so “they can get rest and access to education,” she says, as opposed to languishing in “detention conditions that are almost criminal.” Felice Gaer, the vice chair of the UN Committee Against Torture, agrees.

US law does not require undocumented children to be provided with an attorney to help them through immigration proceedings, leaving them vulnerable to judges rushing to send them back home. (President Barack Obama did recently request $15 million from Congress to provide some of the children legal counsel.) Under the treaty, children seeking asylum are supposed to be provided with legal representation, according to the panel that oversees implementation of the agreement. That’s one reason why ratifying it might “put more pressure on the State Department to take a much bigger role” to live up to these obligations, Shah says. The Obama administration has technically signed the treaty, signaling symbolic support for its child protection provisions, but the Senate has not ratified it, which would require implementing the treaty into enforceable domestic law.

Ratifying the treaty isn’t a sure-fire guarantee that migrant kids would get better treatment. After all, the United States is already in violation of other international human rights treaties it has ratified that prohibit the country from returning immigrants to countries where they will be tortured, persecuted, or killed, says Michelle Brané, an immigration detention expert at the Women’s Refugee Commission. Many of the kids crossing the US border are fleeing targeted violence. Nevertheless, “if we signed onto this [children’s] treaty,” the ACLU’s Shah says, “it would be even more crystal clear that the US has these obligations” to protect the child migrants. Right now, though, American politicians seem more interested in spanking kids than helping some of them.