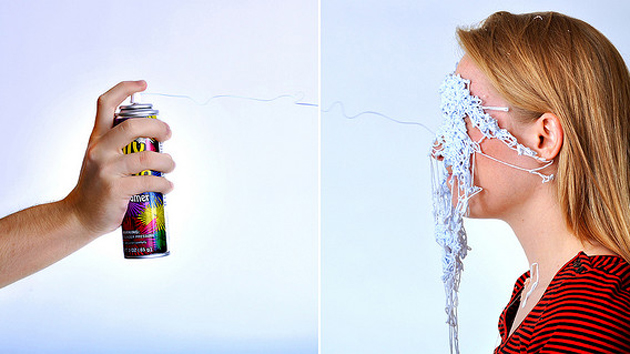 Halloween is finally here! It’s time to celebrate macabre mischief, ghouls and gluttony, and of course, tricks and treats. But there’s one scary alliterated substance you should steer clear of—especially if you are in Hollywood. On the streets of Tinseltown, getting caught with Silly String is considered a serious offense—but only on Halloween. 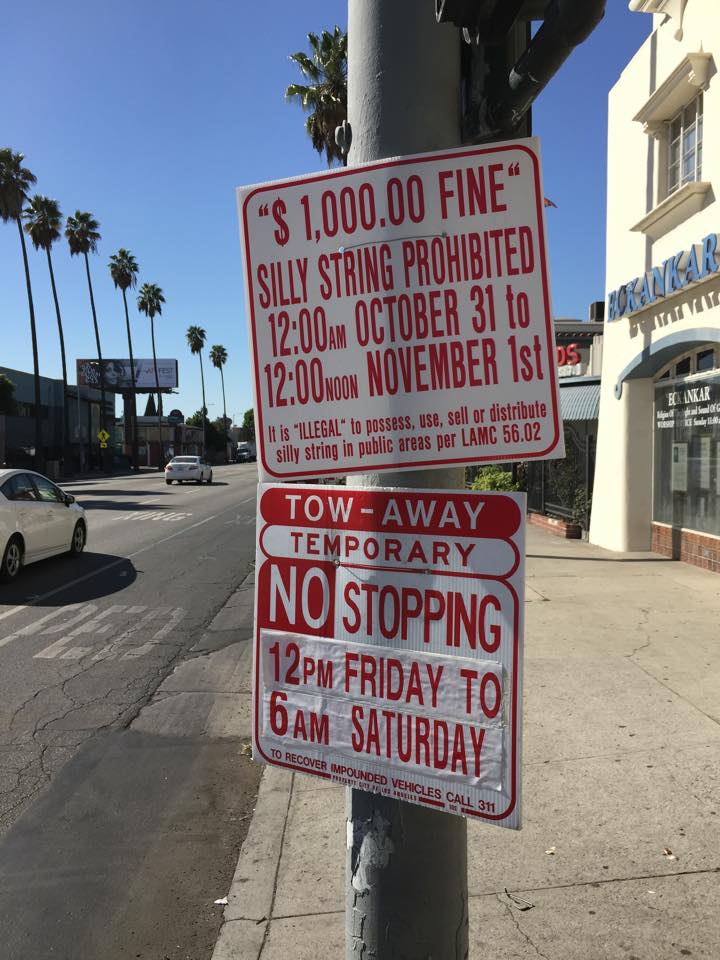 Signs have been posted across Hollywood Photo taken by Gil Riego

Generically called “aerosol string,” Silly String is basically brightly colored plastic propelled from an aerosol can. Like confetti but for terrible people, its primary purpose is to annoy or to instantly reveal who the most obnoxious person at a party is. Both sticky and slimy, it is hard to clean up, is bad for the environment, and—surprise!—can be dangerous if you eat it.

As awful as Silly String is most days, it is apparently more awful on Halloween. That’s why, in 2004, Los Angeles Councilman Tom LaBonge sponsored an ordinance to outlaw the stuff for one night only. City officials were sick of cleaning it up, and dealing with the brawls they said were provoked by Silly String sprayings. More than 100,000 people flock to Hollywood to celebrate Halloween and the Silly String remediation costs were said to exceed $200,000.

So, starting at midnight last night and extending until noon tomorrow, should you happen to cross the threshold into the LAPD’s Hollywood Division’s jurisdiction, you better not be packing any String.

No Person, as defined in Municipal Code Section 11.01(a), shall possess, use, sell or distribute Silly String at, within or upon any public or private property that is either within public view or accessible to the public, including, but not limited to, public or private streets, sidewalks, parking lots, commercial or residential buildings, places of business, or parks within the Hollywood Division during Halloween.

The ordinance comes with a pretty heavy set of un-silly sanctions. Just carrying a can of Silly String could get you charged with a misdemeanor, slapped with a $1,000 fine, and jailed for as long as 6 months. That’s a stiffer penalty than you’ll get for misdemeanor pot possession ($100 fine), breaking into a zoo enclosure ($250 fine), bicycling or hunting while drunk ($250 and $500, respectively). It’s more on par with petty theft, and more severe mayhem like being disorderly while drunk or getting minors drunk.

So while you are free to spray away in most places today (litter ordinances permitting), why not do everyone a favor and take a hint from Hollywood? Just keep it in the can.