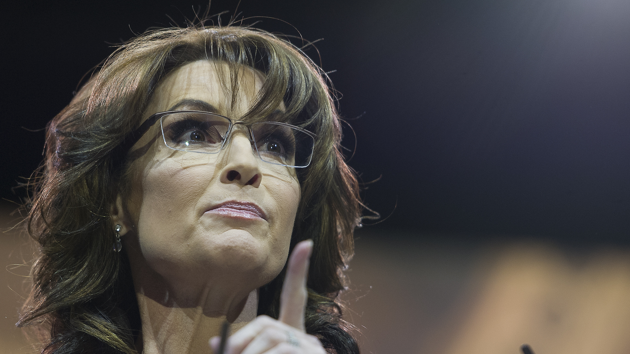 As early as next week, President Barack Obama is expected to issue an executive order that would allow as many as 5 million undocumented immigrants to stay in the country without facing deportation. Not unexpectedly, Republicans are outraged, and some have hinted that the only way to stop the plan is impeachment. Here are seven conservative politicians and pundits who have preemptively dropped the I-word in response to Obama’s rumored immigration policy:

Sarah Palin: “Enough is enough of the years of abuse from this president. His unsecured border crisis is the last straw that makes the battered wife say, ‘no mas.'”

Rep. Steve King (R-Iowa): “We know there is the ‘I’ word in the Constitution that none of us want to say or act on… In this context, everything is on the table. We cannot have a president of the United States that believes that he can make up the law as he goes.”

Rep. Ted Yoho (R-Fla.): “[Obama] either enforces the laws on the books—as he was hired and elected to do—or he leaves Congress no option… This is not our choice, this is the president’s choice and I would advise him to uphold the law on the books.”

Rep. Joe Barton (R-Texas): “Well, impeachment is indicting in the House and that’s a possibility. But you still have to convict in the Senate and that takes a two-thirds vote. But impeachment would be a consideration, yes sir.”

Fox News legal analyst Judge Andrew Napolitano: “If [Obama] tells Homeland Security and Border Patrol, ‘Look the other way when illegals come in,’ that is violating his oath because it’s a failure to enforce the law… so if the practical effect of his executive order is the opposite of what the law requires, I hate to say this—Republicans don’t want to do it, and I understand why—he’s a candidate for impeachment.”

Rep. Dana Rohrabacher (R-Calif.): “We’ve got three years to get this guy out… Hopefully he—well, let me put it this way, I think he probably has been engaged in these unconstitutional approaches that may make his own ability to stay in office a question.”

Rep. Steve Stockman (R-Texas): “For all I know, Obama is preparing to process five million illegal immigrant kids and teenagers into the United States… He wants us to impeach him now, before the midterm election because his senior advisers believe that is the only chance the Democratic Party has to avoid a major electoral defeat. Evidently Obama believes impeachment could motivate the Democratic Party base to come out and vote.”