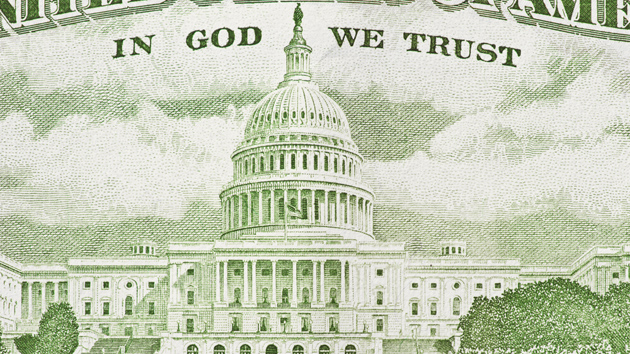 Update: Friday, December 12, 2014: On Thursday night, the House passed the so-called Cromnibus government spending bill with the soft money provision intact. The bill moves to the Senate where it’s expected to pass.

Soft money—limitless donations pouring into the Democratic and Republican parties from labor unions, big corporations, and Hollywood moguls—was once all the rage in Washington. When the trickle of soft money began in the late 1980s, it was intended to fund building additions, TV studios, and other infrastructure for Team Blue and Team Red. But by the mid-’90s, soft money had exploded—the DNC and RNC raised $263 million of it during the ’96 election cycle, up from $45 million in 1988. And by the time of Bill Clinton’s reelection, soft money wasn’t just funding brick-and-mortar projects—it was supporting campaign activities to elect candidates to office. And the parties went to great lengths to pocket more. Remember those infamous sleepovers in the Clinton White House for donors and fundraisers? All in the name of raising soft money. Soft money was at the core of the campaign finance scandal triggered by Clinton’s ’96 campaign, the brouhaha that spurred the 2002 McCain-Feingold law banning soft money.

Now, soft money is making a comeback of sorts. A provision added to the $1 trillion spending bill cobbled together by Congress this week to avert a government shutdown would increase by tenfold the amount of money wealthy donors could give to the national political parties. Those dollars would go to fund presidential conventions, physical building activities, and legal work by the parties—an echo of the old soft-money days.

Here’s how the new math breaks down. Right now, donations to the DNC, the RNC, and their campaign affiliates (the Democratic Congressional Campaign Committee, the National Republican Congressional Committee, and so on) are limited to $32,400 per person per committee each year. If the provision becomes law, donors could give $324,000 a year—a tenfold increase—to the DNC or RNC, while also donating $453,600 a year to the other party committees. All told, that means a wealthy donor could give $777,600 a year to all these outfits, or more than $1.5 million across an entire election cycle. “This is a law for millionaires and billionaires, period,” says Fred Wertheimer, president of Democracy 21, a good-government group that backs limits on money in politics.

As the Washington Post notes, this move could nudge the center of gravity in the political-money world back toward the national parties, which have found themselves strapped for cash while independent super-PACs rake in seven-figure checks:

While there would be some restrictions on how parties could use those donations, the creation of new, wider lanes for money to travel into the parties would be a major boon, campaign finance experts said. The expanded avenues for giving would dramatically undercut some of the last remaining provisions of the landmark McCain-Feingold Act, which curtailed the ability of parties to raise huge, unregulated sums.

“It’s always hard to predict how much more money will actually be raised when contribution limits are modified like this,” said Michael Toner, a Republican election law attorney and former Federal Election Commission member. “But the opportunity is there for the national political parties to raise significantly more money. I think this could be a real shot in the arm for the national parties and it would be a further chipping away of the McCain-Feingold law.”

“Money is fungible in American politics,” Toner added. “Any change in the campaign finance law that allows additional funds to be raised by parties for specified purposes necessarily frees up funds to be spent electing candidates.”

The ability of parties to raise huge sums could help them retake power back from super PACs and politically active nonprofits, which have emerged as major players in national politics in the wake of the Supreme Court’s Citizens United decision in 2010.

Critics of the provision say it will transport national politics back to the scandal-ridden ’90s when soft money flowed freely. “This provision would open a door to a new avenue of corruption, and is one more indication that selling American democracy is a bipartisan affair,” says Josh Orton, political director of Progressives United, the advocacy group founded by former Sen. Russ Feingold (D-Wis.).

It’s unclear who inserted the provision into the spending bill. The office of Senate Minority Leader Mitch McConnell (R-Ky.), an avid foe of campaign finance regulations, denied involvement. But the provision appears to stand a good chance of surviving. Despite vowing to block an earlier attempt by McConnell to cut down campaign money limits, Senate Majority Leader Harry Reid (D-Nev.) told Politico that he will not block the current provision. “If President Obama signs this law into effect, assuming it passes, he will be joining with Sen. Reid in owning this legislation and the national scandals that are bound to follow,” Wertheimer says.