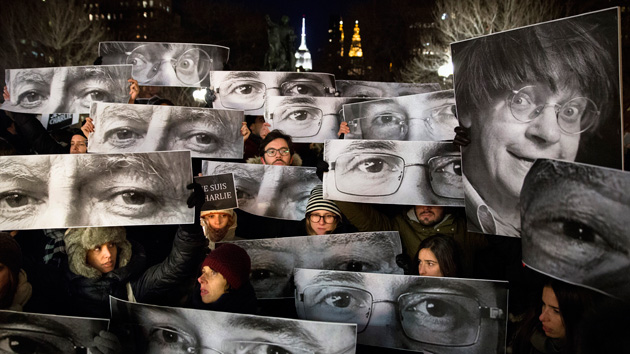 Our friend and Mother Jones alum Sydney Brownstone has published an extraordinary interview today over at The Stranger: A Q&A with a French editor who gave refuge to Charlie Hebdo staff members after the weekly’s offices were fire-bombed in 2011, and who counted the murdered cartoonists amongst his best friends. Nicolas Demorand is the former editor-in-chief of the leftist French newspaper Libération, which was founded by Jean-Paul Sartre, and Brownstone reached him at the end of a truly harrowing day in Paris—after protests swept into the streets.

The interview is well worth your time. Amidst overwhelming grief, Demorand eloquently—and with great dignity—discusses the issues emanating from yesterday’s attack: suburban disadvantage in France, American missteps post-9/11, the threat of hard-line right-wing parties scoring points using tragedy, and the meaning of secularism in France today. But this bit instantly made my hairs stand on end, as it would anyone who works in journalism:

Read the whole interview at The Stranger.