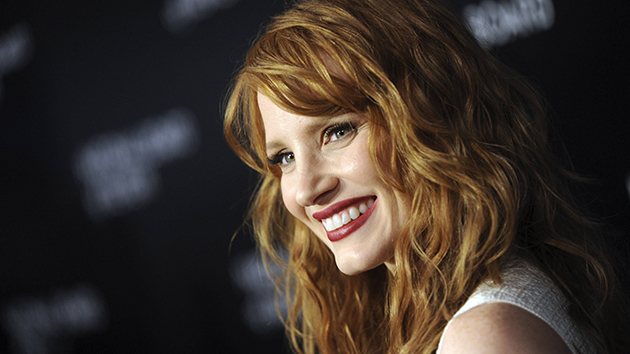 Jessica Chastain is firing back at comments made by actor Russell Crowe, after he attempted to explain why there aren’t enough roles for women over the age of 40 by blaming unrealistic, female desires to only play the hot young thing.

The best thing about the industry I’m in – movies – is that there are roles for people in all different stages of life. To be honest, I think you’ll find that the woman who is saying that (the roles have dried up) is the woman who at 40, 45, 48, still wants to play the ingénue and can’t understand why she’s not being cast as the 21 year old.

In response to Crowe’s victim-blaming away Hollywood’s well-documented ageism problem, Chastain told reporters, “Russell keeps getting his foot stuck in his mouth!”

“There are some incredible actresses in their 50s and 60s that are not getting opportunities in film, and for someone to say there are plenty of roles for women that age, [that] is not someone who’s going to the movie theater,” she added.

I read what he said — all of what he said. It’s been misappropriated, what he was talking about. He was talking about himself. The journalist asked him, ‘Why don’t you do another ‘Gladiator,’ you know, everybody loved that.’ He said, ‘I’m too old. I can’t be the gladiator anymore. I’m playing parts that are appropriate to my age. Then the conversation went on to actresses. So that was proving a point, that he was talking about himself, as most actors do. That aside, I agree with him. It’s good to live in the place where you are. You can put old age on; it’s a lot harder to take it off.

But as Jezebel points out, Streep is not dismissing the charge that Hollywood lacks roles for older women—she has spoken out against both sexism and ageism in the film industry on numerous occasions. Streep is suggesting actors in general play their own age. Chastain is saying that many great actresses aren’t given that opportunity.