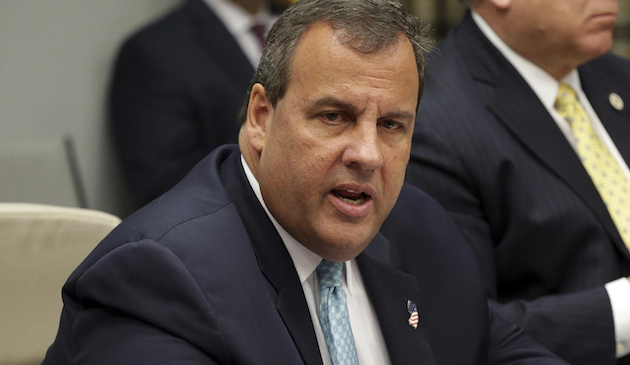 Update, February 2, 2015, 12:20 p.m.: In 2009, Christie wrote a letter in which he appeared to support the theory that autism may be linked to vaccinations. An excerpt from the letter, provided to MSNBC, below:

“I have met with families affected by autism from across the state and have been struck by their incredible grace and courage. Many of these families have expressed their concern over New Jersey’s highest-in-the nation vaccine mandates. I stand with them now, and will stand with them as their governor in their fight for greater parental involvement in vaccination decisions that affect their children.”

Update, February 2, 2015, 10:30 a.m.: Gov. Christie’s office released a statement amending his previous comments to reporters, saying there is “no question kids should be vaccinated.”

New Jersey Gov. Chris Christie called for a “balanced” approach to childhood vaccinations, telling reporters on Monday that it’s important to provide parents a “measure of choice” in their decisions.

“Mary Pat and I have had our children vaccinated and we think that it’s an important part of being sure we protect their health and the public health,” Christie said during a press conference in Cambridge, England, where he is traveling on a trade mission. “I also understand that parents need to have some measure of choice in things as well, so that’s the balance that the government has to decide.”

I asked Gov. Christie if Americans should vaccinate their kids. He says his kids are — but says approach should be “balanced”

“Not every vaccine is created equal and not every type of disease is as great a public health threat as others,” he added.

Christie’s comments come a day after President Obama urged parents to vaccinate their children in the midst of a widening measles outbreak that started in Disneyland. The highly contagious disease has since spread to 14 states with at least 102 cases reported, according to the Centers for Disease Control and Prevention.

“I understand that there are families that, in some cases, are concerned about the effect of vaccinations,” Obama said in an interview with NBC Sunday. “The science is, you know, pretty indisputable. We’ve looked at this again and again. There is every reason to get vaccinated, but there aren’t reasons to not.”

The rise in parents who choose not to have their children fully immunized has been cited as one reason for a growing number of vaccine-preventable disease outbreaks in recent years.