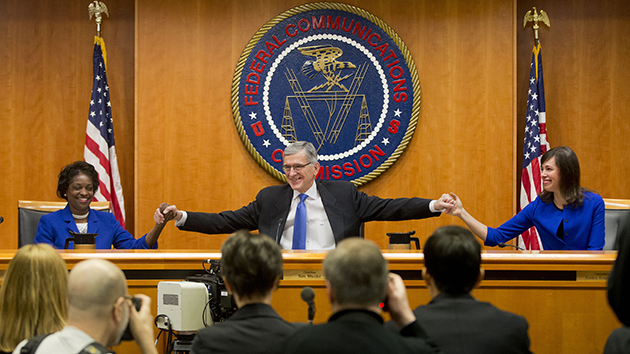 On Thursday, the Federal Communications Commission voted to categorize the internet as a public utility and thereby uphold strong net neutrality regulations.

Advocates applauded the passage as a victory for internet consumers, blocking what had been described as the creation of internet “fast lanes” for companies willing to pay more for high-speed service.

The vote came down to a 3-2 margin, with dissents from Republicans Michael O’Reilly and Ajut Pai.

“The action that we take today is an irrefutable reflection of the principle that no one, whether government or corporate, should control free open access to the internet,” FCC Chairman Tom Wheeler said prior to the vote.

“The internet is simply too important to allow broadband providers to be the ones making the rules,” he added.

In recent months, net neutrality has emerged as a divisive political issue, with fierce opposition against regulations coming from Republicans and broadband providers alike. President Obama’s announcement back in November fully supporting net neutrality’s preservation prompted members of the GOP to denounce the potential move.

“Net Neutrality” is Obamacare for the Internet; the Internet should not operate at the speed of government.