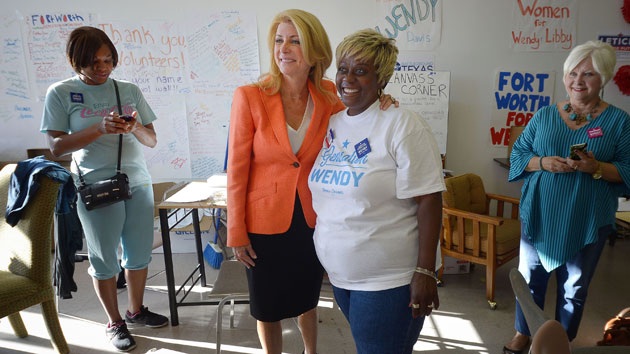 Battleground Texas, the effort by Obama vets to turn the nation’s biggest red state blue, got off to a rough start last fall when Democratic gubernatorial nominee Wendy Davis lost by 21 points. But now, as the organization looks to rebuild toward its long-term goal of mobilizing the state’s long-dormant Democratic base, its leaders are doing a public dissection of what went wrong—and what to do differently next time.

In a feature published by Texas Monthly in late February, Robert Draper broke down the organization’s financial struggles and turf wars, but also the difficulties Battleground faced with the field of battle of itself. The newcomers, Draper explained, had no idea just how hard it would be enroll new voters while complying with the state’s Byzantine rules:

For a group like Battleground to register Texans to vote, they themselves must be Texas residents, must be eligible to vote and—in a wrinkle that is unique to Texas—must be deputized by each county where they’re registering. In some of the state’s 254 counties, going through the requisite voter registration training course can be done online; in others, certification is offered only once a month, at the county courthouse during work hours. But as the Battleground team came to learn, the complications only begin once a deputy registrar is certified. If a Dallas County-certified volunteer registers someone who says they live in that county when in fact they live just across the border in Tarrant County, then the deputy registrar has committed a misdemeanor. If the volunteer turns in the completed registration forms more than five days after they’ve been collected, that’s also a misdemeanor.

“When we first heard about these laws,” recalled [executive director Jenn] Brown, “I said, ‘There’s no way this is the law—this is unbelievable.'”

The organization has released a 36-page report documenting the findings of its voter-protection program. There’s plenty to chew over, some of it anecdotal, some of it not. In Texas’ five largest counties—the urban, majority-minority areas heavily targeted by Democrats—provisional ballots were rejected more than four times as often as the national average. (Only one in four provisional votes was accepted.) That’s significant because a variety of factors on the most recent Election Day—like the debut of a voter ID requirement that affected as many as 600,000 eligible voters, and a breakdown of the state’s voter registration portal—made it much more likely that citizens who showed up at the polls had to fill out provisional ballots.

The report highlights another inconsistency in the state’s voter law—what happens when you move:

Unfortunately, although more than one in 10 Americans move annually, Texas law requires voters to completely re-register after moving between counties within the state. If a voter fails to do so, her ability to vote is dependent upon a seemingly irrelevant factor—whether that voter casts a ballot during Early Voting or on Election Day. If a voter has moved to a new county and the voter rolls have not been updated, she is only permitted to vote a so-called limited ballot for statewide offices, and can only do so during Early Voting or by mail. On Election Day, by contrast, that same voter cannot vote at all. We received more than a hundred reports involving voters who had recently moved within Texas, yet whose address had not been updated on the voter rolls.

This isn’t Battleground’s attempt to explain away that 21-point stomping, and there’s plenty of debate on that in the Texas Monthly piece. But it’s a revealing look at what’s on the organizers’ minds as they retool for 2016 and beyond.