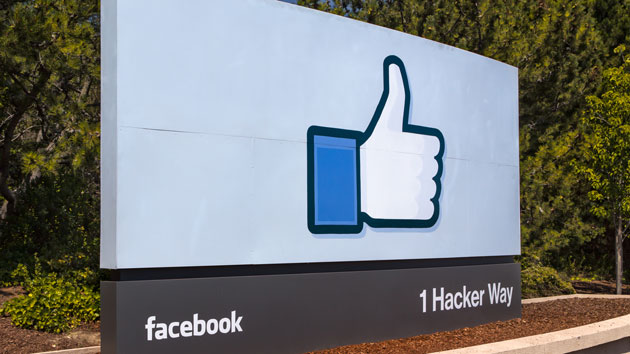 In a lawsuit filed against Facebook on Monday, former employee Chia Hong accused the company of gender discrimination, racial discrimination, and sex harassment.* She is represented by Lawless & Lawless, the same law firm representing Ellen Pao in the high-profile gender discrimination case against venture capital firm Kleiner Perkins. (And yes, Lawless really is the last name of the two sisters who head the firm.)

Hong, who worked as a product manager at Facebook until October 2013, alleges that she suffered from discrimination by her boss, Anil Wilson, and dozens of other coworkers during her three years at the company. She also claims that she was wrongfully terminated after complaining about the harassment and discrimination.

The complaint states that Facebook employment policies were “neutral on their face” but “resulted in a disparate impact” on Hong, due to her gender:

The harassment included, but was not limited to, ANIL WILSON regularly ignoring or belittling plaintiff’s professional opinions and input at group meetings in which she was the only woman or one of very few; asking plaintiff why she did not just stay home and take care of her child instead of having a career; admonishing plaintiff for taking one personal day per month to volunteer at her child’ s school, which was permitted under company policy; ordering plaintiff to organize parties and serve drinks to male colleagues, which was not a part of plaintiff’s job description and not something that was requested of males with whom she worked; and telling plaintiff he had heard she was an “order taker,” by which he meant that she did not exercise independent discretion in the execution of her job duties.

It also alleges racial discrimination against her:

The discrimination included, but was not limited to, plaintiff having her professional opinions belittled or ignored at group meetings in which she was one of the only employees of Chinese descent; plaintiff being told that she was not integrated into the team because she looks different and talks differently than other team members, and plaintiff being replaced by a less qualified, less experienced Indian male.

This latest case comes as various Silicon Valley companies are struggling to diversify their conspicuously white, male workforces. According to a report issued by Facebook last June, 69 percent of its employees are male—including 77 percent among senior staff and 85 percent among its tech workers. The report also found that Facebook’s overall workforce was 57 percent white and 34 percent Asian.

In a statement to TechCrunch on Wednesday about the lawsuit, a Facebook spokesperson refuted Hong’s allegations: “We work extremely hard on issues related to diversity, gender and equality, and we believe we’ve made progress. In this case we have substantive disagreements on the facts, and we believe the record shows the employee was treated fairly.”

Correction: The initial version of this post misstated the allegation as “sexual harassment.”