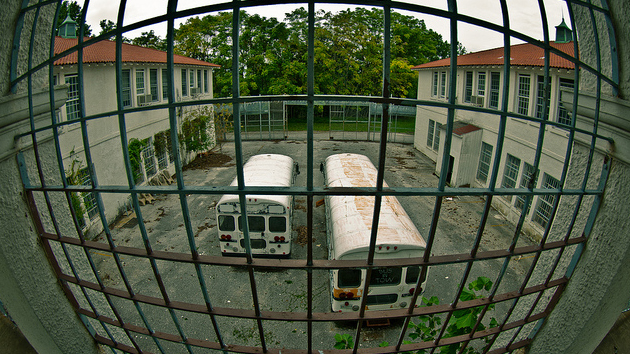 Five former inmates at a youth detention center in Idaho sued the state’s Department of Juvenile Corrections last week, saying staff at the facility sexually abused them during their stay. The suit’s details are grim. In one case, nurse Valerie Lieteau allegedly plied a 16-year-old boy with street drugs, took him to her house for sex when he was given passes to go home, and eventually got into a fight with a student intern, Esperanza Jimenez, when they discovered they were abusing the same teen.

Of the 1,390 inmates who report being sexually abused by staff, nine in ten are males who say they were victimized by females.

Jimenez also stood guard while Lieteau was having sex with inmates, and she told a group of boys about her own “personal sex addiction.” And when several of the boys wrote notes to the center’s director asking for help, the director did little or nothing. She told one of the boys he “had to go through proper channels to make a complaint about staff.”

These allegations highlight a troubling phenomenon in juvenile detention centers: Of the 1,390 inmates who report being sexually abused by staff, nine in ten are males who say they were victimized by females, according to a 2013 Justice Department report.

The far greater number of boys than girls overall in juvenile detention centers accounts for some, but not all, of that discrepancy, said Linda McFarlane, a deputy executive director at the nonprofit Just Detention International. More information is needed: “Because it’s new data, we haven’t done research into the context and into the dynamics,” she told Mother Jones.

Whether the victims and perpetrators are male or female, “the dynamics of staff abusing their power are very consistent across the board,” McFarlane said. Detention center employees often groom their victims. About two-thirds of the victims in the Justice Department report said they had received gifts or preferential treatment from their abusers. Twenty-one percent said they had been given drugs or alcohol, like the 16-year-old in the Idaho case.

“When you look at the abuse of authority that was described and the use of contraband,” McFarlane said, “that case really just fits in with the pattern that we see.”

In late 2013, the Justice Department began inspecting juvenile detention centers to make sure they properly investigate and punish sexual abuse. But there are reasons to be skeptical about the effectiveness of the American Correctional Association, the organization contracted to do the inspections. It has a record of accrediting prisons with abysmal living conditions, including one that a Texas district court later found had “a substantial risk of physical and sexual abuse from other inmates” and “malicious and sadistic use of force by correctional officers.”