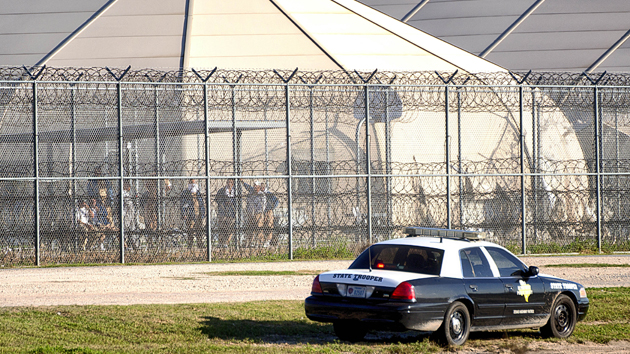 Willacy County Correctional Center, the privately run Texas prison that inmates set on fire last month to protest inadequate health care, will no longer hold federal prisoners. The Bureau of Prisons (BOP) has canceled its contract with the facility, it announced Monday.

Prisoners complained of overflowing sewage, excessive use of solitary confinement, and medical staff who prescribed Tylenol for every ailment.

According to a spokesman for Management & Training Corp., the company that owns the prison, the government just doesn’t need the space at Willacy anymore, thanks to a falling federal inmate population. But the contract cancelation follows years of complaints from prisoners about overflowing sewage in the tents where they slept, excessive use of solitary confinement, and medical staff who prescribed Tylenol for every ailment. The February protest was at least the second inmate uprising in two years.

“This prison has been a horror ever since it opened in 2006,” said Carl Takei, an ACLU lawyer who visited Willacy and wrote a report last year about the grim conditions there. “This is a measure of much-needed accountability.”

All 2,800 of Willacy’s inmates were moved out of the prison immediately after last month’s uprising, which left parts of the facility uninhabitable. Officials had expected to reopen the prison within six months.

The Bureau of Prisons isn’t the first federal agency to pull out of Willacy. Until 2011, the prison held people detained by Immigration and Customs Enforcement. But after reports of guard-on-inmate sexual violence and maggots in the food, ICE relocated its detainees, and Management & Training Corp. signed a contract with BOP instead.

Takei said the ACLU is concerned that instead of shutting down, Willacy will be able to secure yet another federal contract. MTC told a local newspaper that it’s working on exactly that.