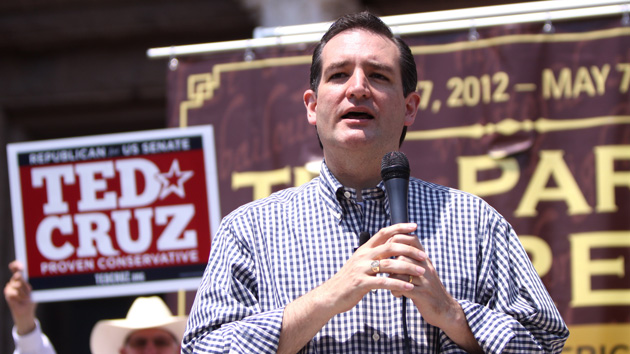 Sen. Ted Cruz (R-Texas) officially launched his presidential campaign today, making him the first contender in either party to officially enter the race. At midnight Monday morning, Cruz tweeted, “I’m running for President and I hope to earn your support!” He made a more formal announcement later in the morning at Liberty University in Virginia, the Christian university founded by Jerry Falwell—where he drew loud applause when he told the crowd about his father finding Jesus Christ. His speech was, not surprisingly, designed for social conservatives: He blasted gay marriage, gun safety laws, and Common Core education standards. And he bemoaned the fact that half of born-again Christians do not vote. “Imagine millions of people of faith coming out to the polls and voting our values,” he declared.

So far, the young 2016 GOP contest has been dominated by former Florida Gov. Jeb Bush and Wisconsin Gov. Scott Walker. Thanks to his early announcement, the spotlight will be on Cruz. Here’s the best of Mother Jones‘ coverage on the combative Texas senator: