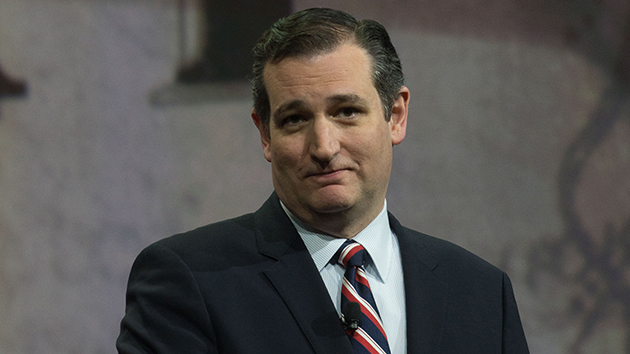 During his days as a member of Princeton University’s debate team, Ted Cruz earned a reputation as a spirited orator. But when an opponent would try to poke fun at him, Cruz’s rhetorical skills couldn’t compensate for his complete lack of a sense of humor. According to a story in the Times today, the situation would get even worse when he actually tried to be funny himself:

Mr. Cruz’s own attempts at humor sometimes missed the mark. In one debate, he proposed a method to detect infidelity, in which God should “give women a hymen that grows back every time she has intercourse with a different guy, because that will be a ‘visible sign’ of the breach of trust,” according to a recollection by David Kennedy published in a Harvard debate team reunion booklet in 2001.

Mr. Kennedy’s debate partner mocked Mr. Cruz’s knowledge of the subject matter by contorting herself to see how the anatomy in question could be “visible,” according to the booklet.

Other than demonstrating Cruz had an odd understanding of how a woman’s body operates, the “joke” clearly did not resonate with anyone. But that didn’t mean Cruz lacked a lighter side. His fellow debate team members remember his love for musicals, which he’d frequently blast in car rides to competitions. “He was an extreme fan of the ‘Les Misérables’ soundtrack,” one member recalled to the Times.