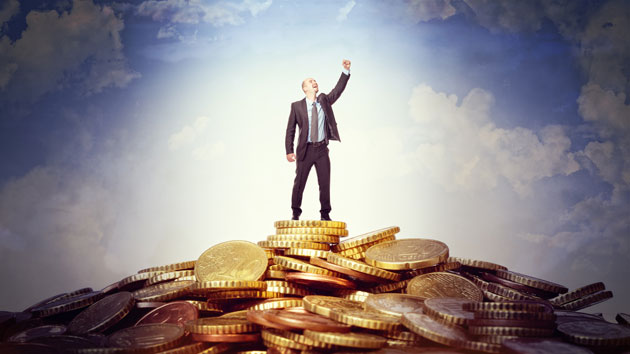 Texas independence—or paranoia—strikes again. In recent years, some Lone Star officials, including former Gov. Rick Perry, have flirted with secession. Last month the new Republican governor of Texas, Greg Abbott, asked the state national guard to monitor a US military exercise that some residents fear is cover for a federal takeover of the state that will use Walmarts as staging areas. And now the state is on the verge of seizing the gold owned by the state that is stored in New York City and building a massive bunker to hoard this booty.

Per the Houston Chronicle:

AUSTIN — Texas could get its own version of Fort Knox, the impenetrable depository for gold bullion, if the Legislature gets its way.

Under House Bill 483, approved unanimously on Tuesday by the state Senate, Comptroller Glenn Hegar would be authorized to establish and administer the state’s first bullion depository at a site not yet determined.

No other state has its own state bullion depository, officials said.

The state government has about $1 billion in gold bullion stored outside the state, mostly in the basement of the Federal Reserve building in Manhattan. The gold has been there for years—because it’s so annoying to move, it’s easier to keep everyone’s gold in the same place, and the financial center of the world is the most obvious place. When bullion changes hands, it’s mostly on paper. So why does Texas now need to grab all its gold? Is it just because Texans don’t trust New Yorkers? Is it really that simple?

“New York will hate this,” [state sen. Lois] Kolkhorst said of the bill that now goes to Gov. Greg Abbott to be signed into law. “To me, that and the fact that it will save Texas money makes it a golden idea.”

The cost-cutting bit refers to the storage fees Texas has to pay to keep its gold offsite, although Texas would still have to shell out money for upkeep and security if it went the DIY route. Incidentally, Perry supported the Texas Bullion Depository when it was first proposed in 2013, telling Glenn Beck, “If we own it, I will suggest to you that that’s not someone else’s determination whether we can take possession of it back or not.”

But building a giant vault to house all the state’s gold will be the easy part. The tough task? Safely and securely moving 57,000 pounds of gold from Gotham to Texas. Perhaps we now know the plot for the eighth Fast and Furious movie.