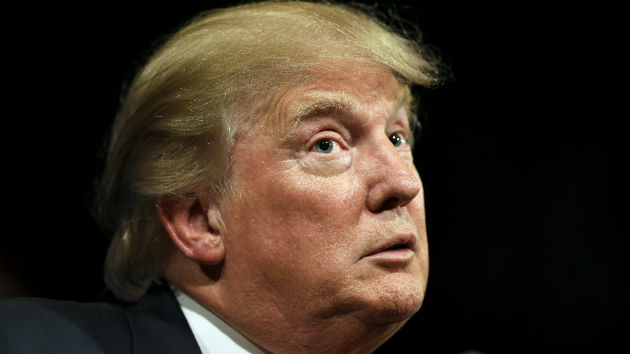 The Club For Growth was hardly the only conservative outfit complaining about Donald Trump’s bid for the GOP nomination yesterday. But the real estate mogul hit back hard at the group on Tuesday, accusing Club for Growth of bashing him because he refused its donation request.

Following his announcement yesterday, Trump was lashed from all sides over everything from his bizarre escalator entrance to his choice of music, but Club For Growth didn’t mince words in its statement about Trump’s entrance to the 2016 race:

The Club for Growth has issued very substantive and detailed white papers on the records of the major announced Republican candidates for president. There is no need to do a white paper on Donald Trump. He is not a serious Republican candidate, and many of his positions make him better suited to take on Hillary Clinton in the Democratic primary. It would also be unfortunate if he takes away a spot at even one Republican debate.

Appearing on Bloomberg’s With All Due Respect television program today, Trump fought back. According to Trump, the Club is just mad that he didn’t pony up the $1 million the group asked for.

And Trump can prove that the club approached him for a seven-figure contribution. After his interview, he released a copy of the letter asking for $1 million to Bloomberg.

Trump claims he was surprised by the appeal and declined to donate. “I was shocked by the amount of money we’re talking about,” he told Bloomberg.