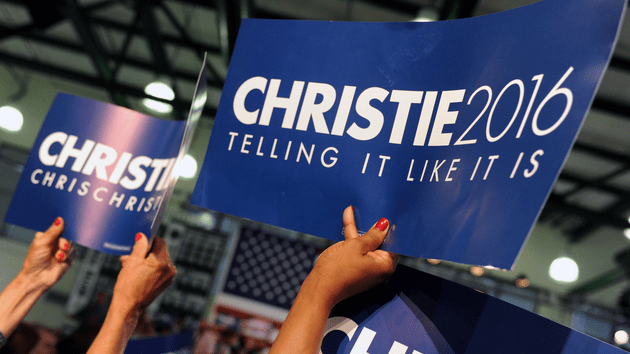 In an early stretch of the 2012 presidential contest, some of the GOP’s biggest donors—including David Koch—were clamoring for Chris Christie to jump into the race. And had the New Jersey governor taken the leap, he seemed poised to Hoover up donations from the GOP elite. But recent fundraising disclosures suggest that Christie has lost some of his luster among these big-money players, some of whom have gravitated toward other candidates. Christie has yet to file a report on his first quarter of presidential fundraising—he announced his campaign in late June and did not have to meet the most recent filing deadline—but the campaign finance disclosure forms of his rivals indicate that some of the governor’s past boosters have donated the maximum contribution ($2,700) to his opponents.

Jeb Bush, in particular, has mounted an effort to poach Christie fans—a strategy that seems to have paid off. Bush dealt a big blow to Christie earlier this year when he nabbed New Jersey Jets owner Woody Johnson, who has previously worked closely with Christie and heaped praise on the governor, as his fundraising chair. Johnson donated $2,700 to Bush in mid-June.

Bush’s contributors also include Daniel Loeb, a member of the gang of prominent GOP megadonors who pushed Christie to enter the 2012 contest. Loeb, one of the world’s richest hedge fund managers, hailed Christie in 2011 as “friendly to capitalism, free markets, and economic growth.” (Loeb, who backed Obama in 2008, ultimately backed Romney in 2012.) Now Loeb appears to be backing Bush. In late June, he forked over $2,700 to Bush’s campaign.

New Jersey state senator Joseph Kyrillos, the chair of Christie’s first gubernatorial campaign in 2009, has also thrown his support to Bush. He is considered a bellwether for New Jersey Republicans, and he surprised many in January when he attended a private dinner in which Bush met with prominent East Coast GOPers. In June, Kyrillos and his wife, Susan, donated $2,700 each to Bush.

Hedge fund billionaire Paul Singer, another key figure who pushed Christie to run for president in 2012, appears less confident in the New Jersey governor’s prospects this time around. Though he hosted a fundraiser for Christie earlier this year, he also convened an event for Ohio Gov. John Kasich, who is formally announcing his presidential bid on Tuesday. Recently, Singer donated the maximum $2,700 contribution to Marco Rubio’s campaign. And it’s possible that Singer, or any of these donors, have given much more to Bush, Rubio, or other GOP candidates: their super-PACs, which can raise unlimited funds, have not yet disclosed their donors.

Despite the apparent defectors, Christie has a reputation as a formidable fundraiser. While serving as the chair of the Republican Governors Association, Christie raised record amounts of cash to support his fellow governors’ reelection bids. And Christie still has an important ally in his corner: Home Depot co-founder Kenneth Langone. The ringleader of the 2012 crusade to nudge the New Jersey governor into the presidential race, Langone has been busy tapping his considerable donor network on the governor’s behalf.