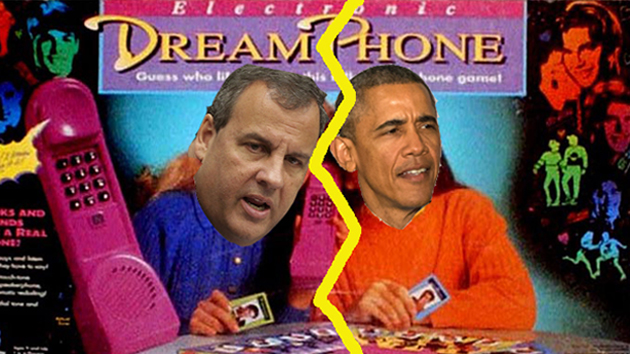 After a somewhat lackluster response to his announcement that he was entering the presidential race, New Jersey Gov. Chris Christie appears to be revving up his brusque, straight-talking persona in a big attempt to garner the attention of the GOP base. Christie angered many on the right when in the final months of the 2012 election he gushed about President Barack Obama’s leadership skills during Superstorm Sandy. He was, after all, a top surrogate for Mitt Romney. During a visit to New Hampshire this week, Christie went out of his way to take a swipe at the president.

Christie certainly didn’t seem to feel this way in the aftermath of Superstorm Sandy, when he praised Obama’s “great” response to the natural disaster. “The president has been all over this and he deserves great credit,” he told MSNBC’s Morning Joe, before going on to brag about their late night phone calls, saying that Obama, “told me to call him if I needed anything and he absolutely means it, and it’s been very good working with the President and his administration.”

And it was a two way street. “I want to let you know your governor is working overtime,” Obama remarked after the duo finished up a tour of the damage.

By March 2014, having learned his lesson from the GOP base who shamed him, Christie was back to dissing the president, calling him a weak leader at a Conservative Political Action Conference. Expect plenty more Obama-bashing from Christie as he elbows his way into the crowded primary field.