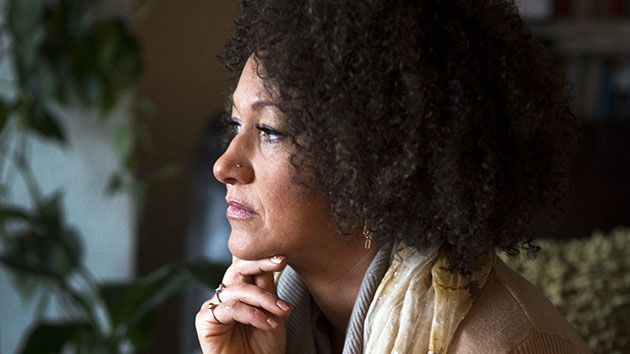 On the off chance you were wondering what Rachel Dolezal has been up to since allegations surfaced she has been lying for years about being a black woman, the former president of Spokane’s NAACP chapter recently sat down for an interview to let you know that she’s still making a living off of black culture. Vanity Fair has the scoop:

At Eastern Washington University, she lectured on the politics and history of black hair, and she says she developed a passion for taking care of and styling black hair while in college in Mississippi. That passion is now what brings in income in the home she shares with Franklin [her 13-year-old son]. She says she has appointments for braids and weaves about three times a week.

In the new interview, which comes weeks after Dolezal was forced to resign as the NAACP’s local leader and dropped as a professor in Africana studies, she also appeared impervious to her critics, even emboldened by the media firestorm that quickly grew after her birth parents claimed she had been lying about her race.

“I wouldn’t say I’m African-American, but I would say ‘I’m black, and there’s a difference in those terms,” she tells Vanity Fair.

“It’s not a costume,” she continued. “I don’t know spiritually and metaphysically how this goes, but I do know that from my earliest memories I have awareness and connection with the black experience, and that’s never left me. It’s not something that I can put on and take off anymore.”

Has Dolezal’s latest defense left you even more puzzled? Stay tuned, she plans on publishing a book to explain it all.