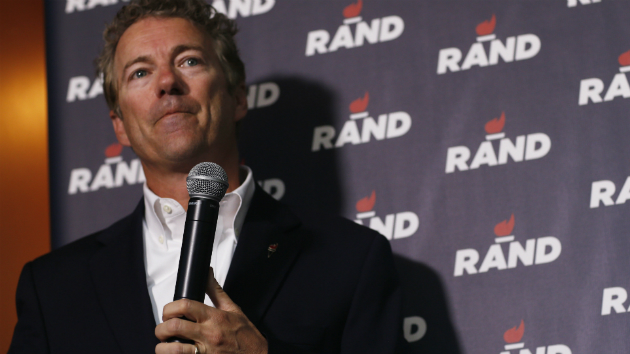 Rand Paul’s fundraising has been surprisingly anemic over the past few months as the GOP presidential candidate has found his message failing to resonate with some of the traditional sources of GOP campaign money, such as Wall Street. But a recent filing by a super PAC that supports him, and which is staffed by former aides and relatives of the Senator, shows that Paul is getting some traction with libertarian-leaning donors. The bad news for Paul is that the oufit backing his candidacy still raised $100 million less than the one backing Jeb Bush.

The super PAC, America’s Liberty PAC, reported raising $3.1 million in the first half of 2015, with two wealthy businessmen chipping in $1 million or more each. George Macricostas, the CEO of data storage company RagingWire, donated $1.1 million to the super PAC. Jeff Yass, the CEO of Philadelphia private investment firm Susquehenna International donated $1 million. Both represent relatively untapped sources of money for a conservative candidate. Yass has previously written large checks, but none larger than the $50,000 donation he made in 2004 to Club for Growth, while Macricostas appears to have donated a total of just over $12,000 prior to his $1.1 million donation to America’s Liberty.

The super PAC roped in other big donations, including $50,000 from John Mackey, the CEO of Whole Foods, and $50,000 from Patrick Byrne, the CEO of Overstock.com. The group also also received $15,000 from ICC Holdings, an Illinois company hoping to be one of the first companies to legally operate a commercial cannabis farm.

America’s Liberty PAC is one of two pro-Paul super PACs. To date, the group has spent about $412,000, and produced an anti-Jeb Bush online ad, mocking him as “Bailout Bush.” On the group’s payroll is the consulting firm of Jesse Benton, who is married to Rand Paul’s niece and who was previously a top aide to Ron Paul’s presidential campaign. Benton resigned from his position as campaign manager for Senate Majority Leader Mitch McConnell last August over his involvement with an ongoing scandal stemming from the 2012 Iowa caucuses. (A former Iowa state senator has admitted to taking money from the Ron Paul 2012 presidential campaign in exchange for his endorsement and is awaiting sentencing.) Since the beginning of the year, the super PAC has paid Benton’s company $63,000 for consulting work.