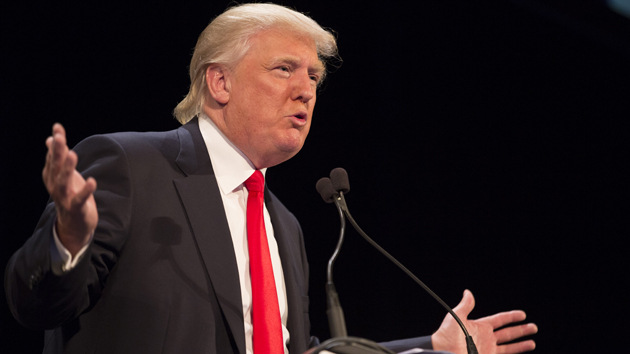 At a press conference in Birch Run, Michigan, on Tuesday, Donald Trump weighed in on the widely discussed interruption of an appearance by Sen. Bernie Sanders by two black activists last Saturday.

“That showed such weakness,” Trump said. “The way he was taken away by two young women—the microphone—they just took the whole place over.”

Sanders was campaigning in Seattle when he was interrupted by activists who took control of the stage and the microphone and demanded that people who care about Black Lives Matter also hold the Vermont senator “specifically accountable for his actions.” Sanders left the stage without delivering his planned speech.

This is the second time that Black Lives Matter activists have disrupted a Sanders event. Sanders was first disrupted at a Netroots Nation conference in mid-July, as was fellow Democrat Martin O’Malley.

Trump, however, promised that such a spectacle would never occur at any of his events, even hinting that he would resort to violence if necessary.

“That will never happen with me,” Trump said. “I don’t know if I’ll do the fighting myself or if others will, but that was a disgrace.”