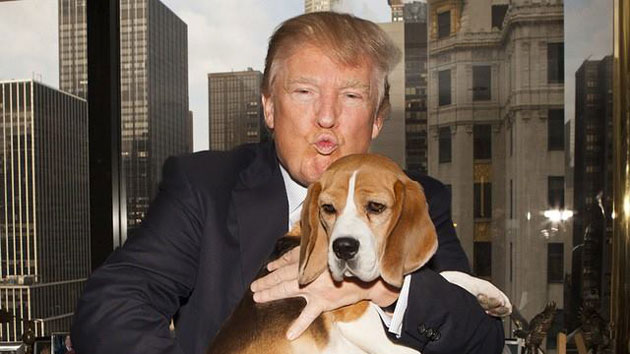 Here are 13 things Trump has been right about:

The invasion of Iraq: In 2003, he told the Dallas Morning-News that the Iraq War had been a “disaster” that “should not have been entered into.” “To lose all of those thousands and thousands of people, on our side and their side, I mean, you have Iraqi kids, not only our soldiers, walking around with no legs, no arms, no faces,” he said. “All for no reason. It is a disgrace.”

.@katyperry Katy, what the hell were you thinking when you married loser Russell Brand. There is a guy who has got nothing going, a waste!

Trump was right. The marriage dissolved after 14 months; it clearly wasn’t meant to be.

Campaign finance: Although Trump bragged (falsely) about having cut checks to most of the Republican candidates with whom he shared the stage last week, he also made some smart points about the corrupting influence of campaign contributions. “I will tell you that our system is broken,” he said during the debate. “I give to many people. I give to everybody, when they call I give, and you know what? When I need something from them, two years, three years later, I call, they are there for me.”

Material excess: “While I can’t honestly say I need an eighty-foot living room, I get a kick out of having one,” he wrote in his most famous book, The Art of the Deal. Both of these statements sound pretty true.

No one likes Harvard.

The merits of his cologne, which is actually called “Success” and features notes of juniper, iced red currant, frozen ginger, vetiver, and tonka bean: Granted, you can’t buy it in stores anymore because no one bought it, but Success gets 4.5 stars on Amazon.com. User “Kim” writes:

My boyfriend LOVES this cologne. They used to sell it at Macy’s but it was discontinued and he was running low around Christmas time…when I told him it was discontinued he was sad that he would have to find another cologne now..but then I found it online here and I was so happy! And it was ALOT cheaper than I used to pay at Macy’s! ($62) and it was the big sized bottle like he wanted and it was perfect and he was so happy.

Dick Cheney: “He’s very, very angry and nasty,” Trump said in a 2011 review of Cheney’s book. “I didn’t like Cheney when he was a vice president. I don’t like him now. And I don’t like people that rat out everybody like he’s doing in the book. I’m sure it’ll be a bestseller, but isn’t it a shame? Here’s a guy that did a rotten job as vice president. Nobody liked him. Tremendous divisiveness. And he’s gonna be making a lot of money on the book. I won’t be reading it.”

Himself: “I’m a whiner,” he told CNN on Tuesday.

The Drug War: In 1990, well before the political tides had shifted in favor of pot legalization, Trump was declaring the federal government’s mass-incarceration campaign a waste. “We’re losing badly the war on drugs. You have to legalize drugs to win that war. You have to take the profit away from these drug czars.”

RedState’s Erick Erickson, who disinvited Trump from the conservative site’s confab last weekend due to his remarks about Megyn Kelly:

New Trump statement: “Only a deviant would think anything else.” pic.twitter.com/iCwb3YaTHT

“Fuckface von Clownstick” is not an original insult:

National health care: “We need, as a nation, to reexamine the single-payer plan, as many individual states are doing,” he wrote in his 2000 book, The America We Deserve.

They had no definitive proof against Tom Brady or #patriots. If Hillary doesn’t have to produce Emails, why should Tom? Very unfair!