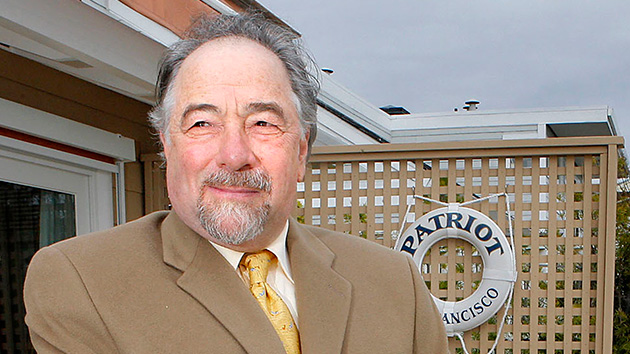 Three days ago, Donald Trump called in to Michael Savage’s radio show for a 12-minute lovefest. As the chat wrapped up, Savage made a modest proposal to The Donald:

When you become president, I want you to consider appointing me to head of the NIH. I will make sure that America has real science and real medicine again in this country because I know the corruption. I know how to clean it up and I know how to make real research work again.

“I think that’s great,” Trump responded to the right-wing talk radio fixture. “Well, you know you’d get common sense if that were the case, that I can tell you, because I hear so much about the NIH, and it’s terrible.”

As he is fond of reminding his listeners, Savage does have some scientific credentials. He grew up revering Charles Darwin, got a biology degree and a master’s in medical anthropology, and then earned a doctorate in nutritional ethnomedicine from the University of California-Berkeley. In the 1970s, he took several trips to the South Pacific to study medicinal herbs and soak up “ethnic wisdom.” (Along the way, he is said to have skinny dipped with Allen Ginsberg in Fiji.) He published dozens of books on herbs, plants, and health under his real name, Michael Weiner.

As I discovered when I perused his body of work while profiling him, some of his writings veered into serious woo territory:

In The Way of the Skeptical Nutritionist, he ventured that a person’s ideal diet should be determined by his or her ethnicity. Getting Off Cocaine: 30 Days to Freedom promised blow addicts “an alternative plan for getting ‘high’—legally and naturally!” The treatment involved ingesting a daily cocktail of Sudafed, vitamins C and E, and amino acids, as well as self-administering the occasional coffee enema. “Use a good quality coffee,” Weiner advised. “Not decaffeinated or instant.”

In his 1986 book, Maximum Immunity, Savage insisted on mandatory nationwide AIDS testing and suggested that vitamin C might stop the disease. He said that gays should “accept the blame” for the spread of AIDS and sneered that “those who practice orgiastic sex, with many partners, and use street drugs are not likely to respond to reason.”

Beyond that, Savage has boasted of a serious academic résumé, including affiliations with Harvard, the University of California-Santa Cruz, and the University of Heath Sciences at Chicago Medical School. He’s also claimed to have conducted “important research” for the NIH’s National Cancer Institute.

Ever since he changed his name and hit the airwaves in the early 2000s, Savage has moved on from his days as a “World Famous Herbal Expert.” But his biggest breakouts from the AM-radio echo chamber have involved his comments on science, medicine, and infectious disease. In 2008, he said nearly every autistic kid was “a brat who hasn’t been told to cut the act out” and said “there is no definitive medical diagnosis for autism.” (The NIH, which sponsors autism research, has a definition here.) Earlier, in 2003, the would-be NIH director told a caller to “get AIDS and die” and was promptly canned by MSNBC, which had just given him his own cable program. One of the NIH’s main goals is to make sure people don’t get AIDS and die.