In the wake of mass shootings, many of Americans turn—where else?—to the internet to look for answers. Google data reflects these searches in the wake of major shootings. Using Google Trends data, the Google News Lab put together a series of maps that show whether people in each state were more likely to search for the phrase “gun control” or “gun shop” in the 24 hours following the shootings in Charleston, South Carolina, in June; Moneta, Virginia, in August; and yesterday’s shooting in Oregon.

Over the course of 2015, the majority of searches in most states have been for “gun shop”: 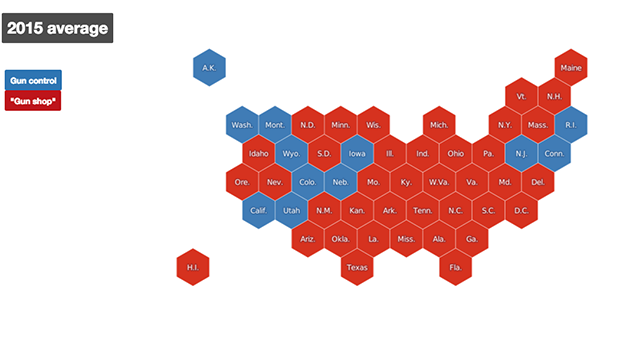 In the day after the Charleston shooting, the map looked much the same: 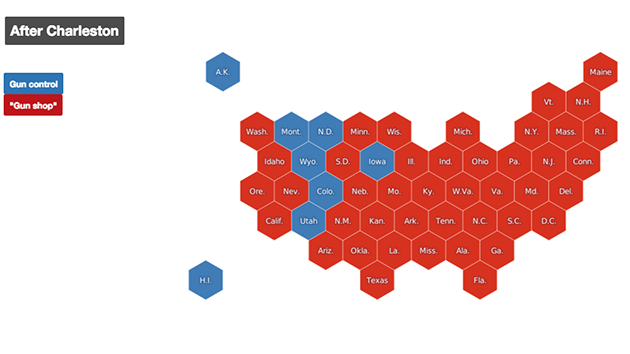 After the Virginia shooting, the map almost completely flipped: 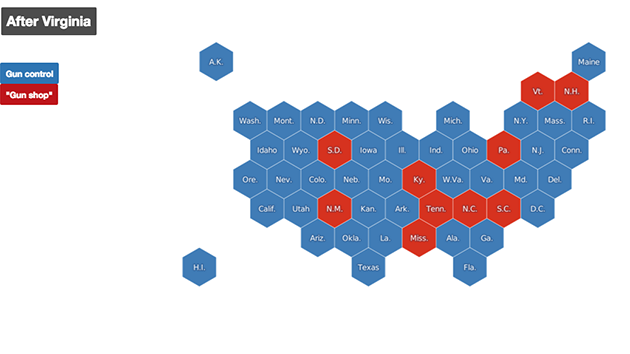 So far, in the day after the Oregon shooting, the map is almost completely tilted toward searches for “gun control”: 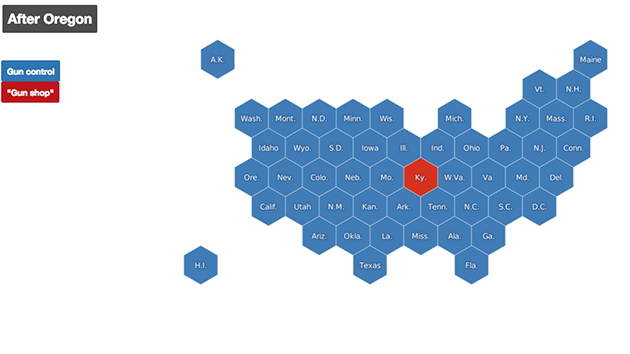 You can see this data another way here:

After the #OregonShooting yesterday, searches for “gun control” rose above that of “gun shop” in the US pic.twitter.com/zG0hl06vqO

See the full interactive map below: