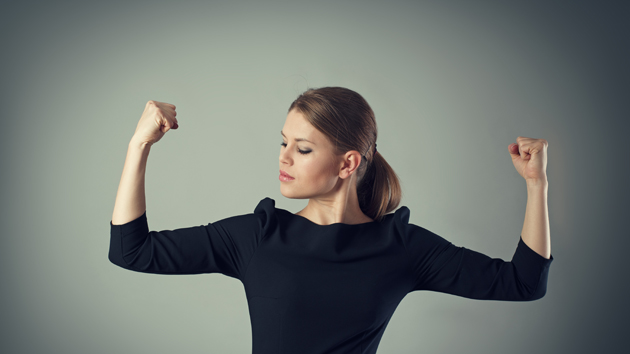 We often point to testosterone to explain the traits that make men “manly”: competitiveness, horniness, impulsiveness. People have even blamed the testosterone levels of the architects of the Great Recession for the devastatingly awful decisions that led to the financial crash.

But new research shows that the reason men have more testosterone than women may have as much to do with gender socialization as inherent biology. Scientists from the University of Michigan published a study today that found that the act of wielding power increases testosterone levels regardless of gender. The study’s authors went on to hypothesize that the reason women generally have less of the hormone than men may be, at least in part, because of gender norms that prevent women from accessing positions of power and discourage them from being competitive.

To come to this conclusion, researchers hired more than 100 actors to perform an activity during which they held power over someone else: firing a subordinate employee. The actors performed the firing both acting with stereotypically “masculine” traits (using dominant poses, taking up space, not smiling), and with stereotypically “feminine” traits (lifting their voice at the end of sentences, being hesitant, not making eye contact). Researchers also measured the levels of a control group watching a travel documentary.

What they found was fascinating.

Not only did the female subjects acting in a stereotypically masculine way see an increase in testosterone (compared with the control), but those performing in a “feminine” way saw a significant boost, as well. In other words, just the act of wielding power, regardless of whether the wielder is performing maleness, increases testosterone levels. The study found that men did not have much of a testosterone boost during the activity, which, the study’s authors guessed, could be because men’s more frequent engagement in competitions and power-wielding activities “might paradoxically lead to dampened testosterone responses.”

“Our results would support a pathway from gender to testosterone that is mediated by men engaging more frequently than women in behaviors such as wielding power that increase testosterone,” the study says.

What’s that in layman’s terms? Gender inequality, at least in part, may be part of what’s making men manly.