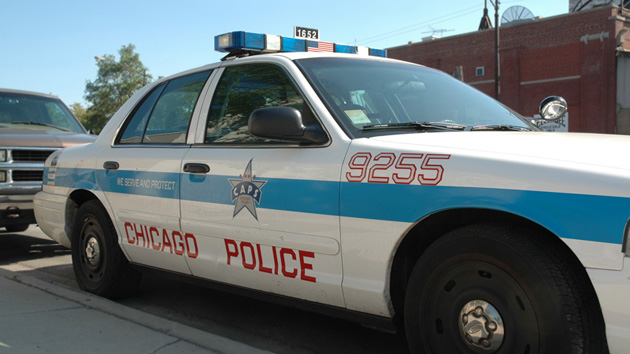 As damning new details emerge about how the Chicago police and Mayor Rahm Emanuel mishandled the 2014 police shooting of Laquan McDonald—thus sparking a Justice Department investigation—local leaders are demanding answers about another major police scandal. Last February, an article in the Guardian US alleged that thousands of arrestees were being “disappeared,” and in some cases subjected to unconstitutional abuses, at a police holding facility known as Homan Square. Last Wednesday, the Cook County Board of Commissioners, which in December heard public testimony from former Homan detainees and their lawyers, unanimously approved a resolution urging the DOJ to look into claims of “civil and human rights violations” that have so far resulted in three civil rights lawsuits against the city.

Because Homan arrestees are not booked officially, attorneys have no way to establish how long they’ve actually been held.

The Chicago Police Department says Homan Square serves as headquarters for its SWAT unit and its Bureau of Organized Crime—which handles undercover drug and gang work—and also as a facility where evidence is stored and examined. The facility does contain “several standard interview rooms” where suspects are interrogated, the department admits, even though it “lacks a lockup facility where mugshots and fingerprints of arrestees are normally taken.”

In other words, suspects cannot be booked there. Arrestees told the Guardian that officers would question them—sometimes in “cages”—before taking them to a nearby police station to be fingerprinted, photographed, and processed.

The department says officers document every arrest at Homan Square, even if they don’t use the central booking system. But that’s still a problem, according to David Owens, an attorney at the University of Chicago Law School’s Exoneration Project. First, it makes it tough for lawyers to find a client and determine when he or she was brought in. Under the the Fourth Amendment, which protects against unreasonable searches and seizures, the courts have ruled that police may only hold a suspect 48 to 72 hours without charges. But because Homan arrestees are not fingerprinted, photographed, and entered in a central booking database, attorneys have no way to establish how long they’ve been held. That, Owens notes, could provide cover for an unscrupulous cop to hide suspects from legal counsel—or illegally detain them beyond the 72-hour mark—”by pretending that people are nowhere.”

“It’s difficult to imagine a legitimate police purpose for creating an exception to this rule that wasn’t deliberately designed to hide people.”

The inability to book also presents logistical challenges for officers, Owens points out. Suspects often give an alias, and without mug shots and fingerprinting, a cop may be unable to confirm the arrestee’s true identity. Without that ID, it’s going to be difficult to pull up an arrest history and look for outstanding warrants.

Owens speculates that officers would only take arrestees to a place like Homan Square when they intended to break the rules. “It’s difficult to imagine a legitimate police purpose for creating an exception to this rule that wasn’t deliberately designed to hide people for extended periods,” he told me.

Indeed, former arrestees claim officers broke the rules by holding them for hours, even days, at Homan Square without access to an attorney or a phone call—before finally booking them at the nearby Harrison district police station. The Guardian reported that more than 7,000 detainees from across the city (mostly black, low-level drug offenders) had been handled this way since 2004—and that about 65 percent of the arrests took place on Emanuel’s watch. Arrestees claimed they were shaken down by narcotics officers for information on neighborhood drug dealing. The lawsuits contain allegations of arrestees being chained to benches, subjected to sensory deprivation, physically abused, and subjected to racial slurs.

The department has insisted that all Homan Square arrestees had access to attorneys, but lawyers told the Guardian that they couldn’t reach the facility by phone and were routinely denied entry when they showed up in person.

There are three kinds of facilities where arrestees are normally held. But Homan Square is “none of the above,” says a former police superintendent.

Richard Brzeczek, who served as superintendent of the Chicago Police Department in the early 1980s, says Homan Square is unlike any holding facility he’s familiar with. Brzeczek, now retired, worked as a criminal defense attorney after leaving the force. He told me that he had last visited Homan Square in 2010 while inspecting evidence for a case, and that he had been unaware it was also used as a holding facility—until he read it in the paper. There are three kinds of facilities where detainees are normally held—station lockups, jails, and prisons—and Homan Square is “none of the above,” he says. “I don’t know what it is.”

Seeking to ease tensions between police and communities of color, the city earlier this month paid out $5.5 million to settle with 57 people—mostly black—whom police had tortured into giving confessions from the late ’70s through the early ’90s. Brzeczek himself had tried to blow the whistle on this kind of behavior. Back in 1982, he wrote to Emanuel’s predecessor, Richard M. Daley, then state’s attorney for Cook County, to report one such torture incident, but Daley never responded to his memo. Brzeczek says he has no firsthand knowledge of illegal detainment or other alleged abuses at Homan Square. But if the allegations are true, he says, “the superintendent had to approve this kind of operation.”