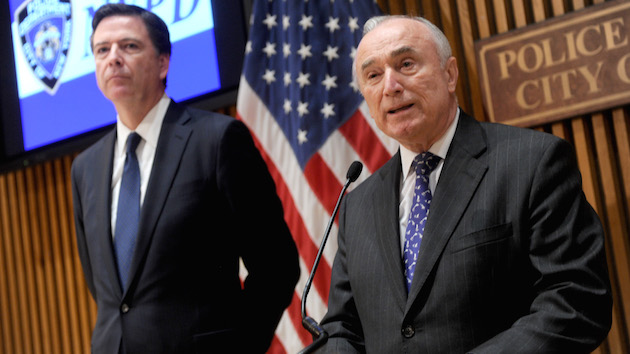 The war between Apple and the FBI over the iPhone used by Syed Farook, one of the San Bernardino shooters, hinges mostly on one major question: Is the court order telling Apple to help the FBI unlock Farook’s iPhone an isolated case, or is it just the start of a new method for the government to guarantee access to anyone’s device?

Apple, which is fighting the order to unlock Farook’s phone, says complying with it would be just the tip of the iceberg. “The order would set a legal precedent that would expand the powers of the government, and we simply don’t know where that would lead us,” Apple CEO Tim Cook wrote in a letter to customers on Sunday. “Should the government be allowed to order us to create other capabilities for surveillance purposes, such as recording conversations or location tracking?” Privacy groups and most tech experts agree with Cook.

But the FBI insists no such thing will happen, saying it is only seeking access to Farook’s phone and no one else’s. “The San Bernardino litigation isn’t about trying to set a precedent or send any kind of message,” FBI Director James Comey wrote in a post responding to Cook on Lawfare, a prominent national security blog, on Sunday. “We simply want the chance, with a search warrant, to try to guess the terrorist’s passcode without the phone essentially self-destructing and without it taking a decade to guess correctly. That’s it. We don’t want to break anyone’s encryption or set a master key loose on the land.”

Yet high-profile supporters of the FBI’s case have said the precedent is what’s important. Sen. Richard Burr (R-N.C.), the chairman of the Senate Intelligence Committee and a prominent advocate for more law enforcement access to encrypted data, wrote in USA Today last week that “the iPhone precedent in San Bernardino is important for our courts and our ability to protect innocent Americans and enforce the rule of law. While the national security implications of this situation are significant, the outcome of this dispute will also have a drastic effect on criminal cases across the country.”

Comey and other law enforcement officials have repeatedly stressed how widespread they believe their encryption problem is. Both terrorists and criminals increasingly use encryption to communicate, they say, meaning the government’s ability to detect them and stop crimes or attacks is getting dramatically worse. And that problem extends well beyond big terrorism cases like San Bernardino and into everyday police work. “I’d say this problem…is actually overwhelmingly affecting law enforcement,” Comey told Burr’s committee last week, “because it affects cops and prosecutors and sheriffs and detectives trying to make murder cases, car accident cases, kidnapping cases, drug cases. It has an impact on our national security work, but overwhelmingly this is a problem that local law enforcement sees.”

Cyrus Vance Jr., the district attorney for the borough of Manhattan in New York City, often highlights how many cases are supposedly impossible to make because suspects use encryption—and said on Sunday he’d put the Apple precedent to more widespread use, forcing companies to help unlock the phones of suspects in the future. “As the encryption debate zeroes in on the cowardly terrorist acts committed in San Bernardino, we should also remember that Apple’s switch to default device encryption affects virtually all criminal investigations, the overwhelming majority of which are handled by state and local law enforcement,” he said last week in calling for Congress to pass a law mandating backdoors. Burr and Sen. Dianne Feinstein (D-Calif.), the ranking Democrat on the Senate Intelligence Committee, have pledged to introduce such a bill in Congress.

State and local officials around the country back Vance. The Intercept compiled a collection of quotes from local law enforcement officials that run counter to Comey’s claim that the Apple case will provide only one-time access. As Matt Rokus, the deputy chief of the Eau Claire, Wisconsin, police put it, “[The Apple case is] going to have significant ramifications on us locally.”