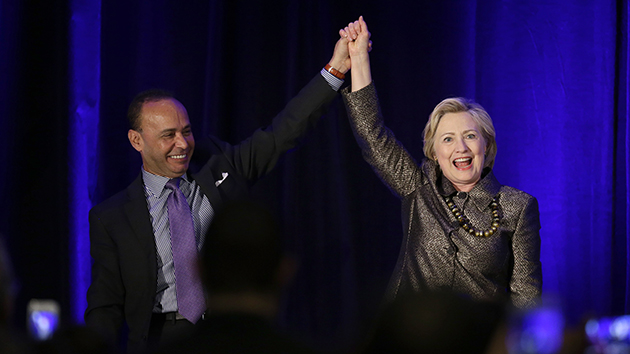 With just two days left before the Nevada Democratic caucuses, high-profile Latino leaders are stepping up their support of Hillary Clinton—and taking swings at Bernie Sanders.

“He really set us back, you might say, a decade by not supporting us on the immigration bill in 2007,” said Huerta, a who led the United Farm Workers alongside Cesar Chavez in the 1960s. “His reputation as being a super liberal, many people followed his guide on that. That was just a devastating blow for all of us who were fighting for immigration reform and for immigrants’ rights.”

Gutierrez stressed the 2007 vote as well as the fact that Sanders appeared on the television show hosted by Lou Dobbs—a prominent anti-immigration hardliner. “In 2007, when there was a way forward…he stood with the Republicans and went on Lou Dobbs’ program,” said Gutierrez.

Sanders was one of several liberal senators who opposed the bill. Some labor unions opposed it, as well. At the time, Sanders described the bill as a threat to wages for American workers. More recently, he has justified his opposition to it by citing the bill’s guest worker provisions, which have been described as exploitative. Sanders has repeatedly pointed to a Southern Poverty Law Center report that said the working conditions in those programs would be similar to slavery.

That explanation hasn’t satisfied Clinton’s supporters. “He was absent from most of the critical immigration debates,” said Gutierrez. “And unfortunately, when he did show up, his record is pretty troubling.”

When reporters asked about Clinton’s record—and specifically about her recent support for sending immigrant children who fled violence in Central America back to their home countries—Castro repeated his belief that Clinton would be most likely to actually move forward on immigration reform if elected president. Sanders brought up this issue during the last Democratic debate and argued that the child migrants should be allowed to stay in the United States.

Recent polls show Sanders and Clinton running neck and neck in Nevada, and support from Latino voters could prove decisive. In 2008, Latinos made up 15 percent of Democratic caucus-goers in Nevada. Tuesday’s call also included Cristobal Alex, who runs the Latino Victory Fund, a super-PAC. Alex announced his group’s endorsement of Clinton. The super-PAC is the political arm of the Latino Victory Project, a nonpartisan group dedicated to electing Latino officials and increasing Latino voter turnout.