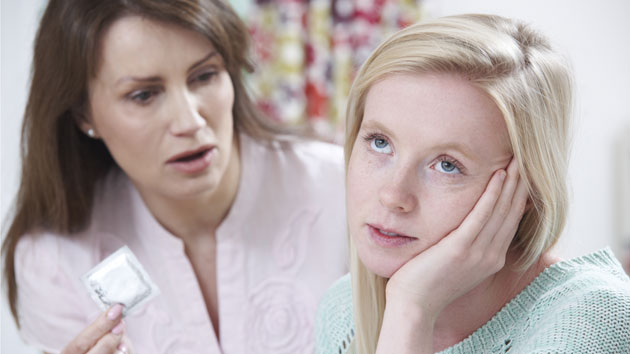 Back in 2002, the government funded a study that showed there was no evidence that abstinence programs increased a kid’s likelihood of abstaining from sex. In fact, no studies have found evidence that teaching abstinence works to prevent teenage pregnancies. And yet this year, the federal government will fund abstinence-only education to the tune of $85 million.

Last week, for the third year in a row, President Barack Obama’s budget proposal included cuts to some $10 million of that abstinence-only education funding. Obama has consistently taken an anti-abstinence-education stance over the course of his political career. Back on the campaign trail in 2008, he said he believes contraception should be part of sex education curricula. He wasn’t alone: In 2010, the Sexuality Information and Education Council of the United States (SIECUS) took a poll and found that 88 percent of parents of junior high school students and 85 percent of parents of high school students believe information about how to use and where to get contraceptives is an appropriate topic for sexuality education. Even Obama’s first budget as president aimed to make similar cuts to abstinence education funding. GOP members of Congress fought it, and the attempt ultimately failed. The same happened in 2010 and is pretty likely to happen this time, too.

All this means that over the past two decades, more than $1.8 billion in federal dollars have been funneled into abstinence-only education.

The Obama administration has had some victories. In 2010 and 2011, Obama and Congress agreed to eliminate two-thirds of funding for previously existing abstinence programs, and then allocated almost $190 million in new funding to initiatives aimed at preventing unintended teen pregnancy and sexually transmitted diseases.

Meanwhile, as the various wings of the government have been fighting over what dollars go where, teen pregnancy rates have plummeted to record lows over the past three years. What’s more, rates fell 51 percent between 1990 and 2010. The reasons for the decline are complicated and hard to pinpoint; some studies give credit to better contraception and more precise use of it.

But when it comes to American teens and sex, we still have a lot of problems to fix: According to a report by the National Campaign to Prevent Teen and Unplanned Pregnancy, 41 percent of 18- and 19-year-olds admit to knowing little or nothing about condoms. And more young people than ever—aged 15 to 24—are getting sexually transmitted diseases. According to the Centers for Disease Control and Prevention, 65 percent of chlamydia cases in 2014 were in 15- to 24-years-olds, as were 53 percent of gonorrhea cases. We don’t know which kids sat through abstinence classes, but this is the age group that received the most federal funding for abstinence education. (Although perhaps it’s fair to note that abstinence groups would attribute the increase in STDs to the rise of hookup culture and media representations of sex.)

From 2000 to 2014, the number of schools that required kids to learn about STD prevention dropped by 10 percent. To combat the rising rates of STDs and the lack of education, different states are taking different approaches. A Utah lawmaker is trying to persuade his colleagues to pass a law that allows kids to learn comprehensive sex education in schools—a tall order, considering the moral code of the state. To the west, California passed a law last year that requires comprehensive sex education in schools for 2016. San Francisco schools are considering making condoms available to students as early as sixth grade. They would not be the first California schools to do so; Oakland Unified schools implemented a similar policy in 2014. On the opposite end of the spectrum, last year Texas took $3 million from its state budget for HIV and STD prevention and reallocated it to abstinence education. 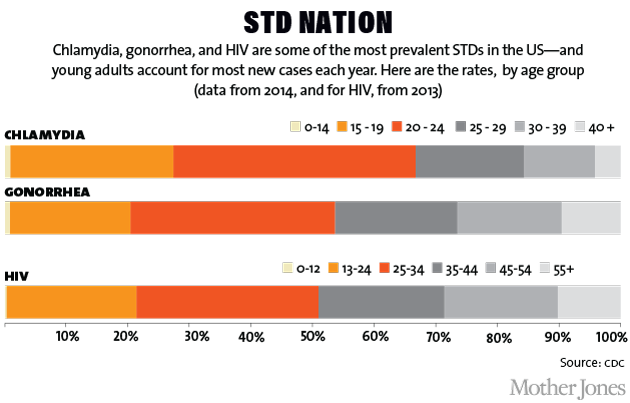 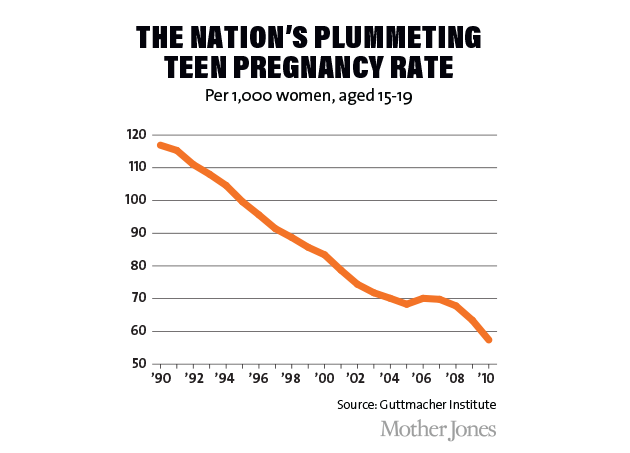 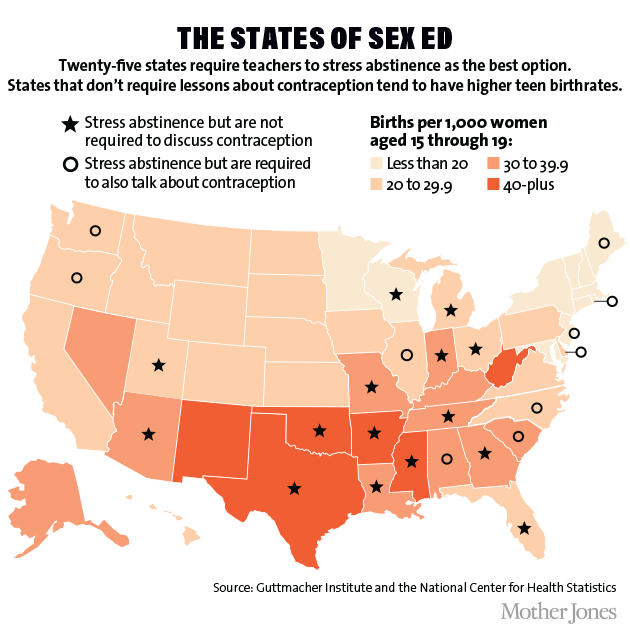