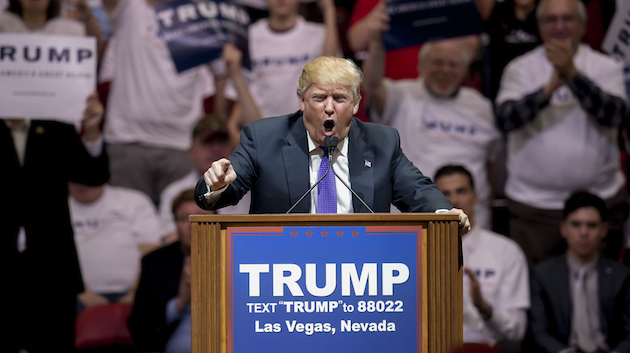 In an election season dominated by racist and xenophobic language on the right, Donald Trump distinguishes himself even among his more outspoken Republican challengers. And according to a New York Times analysis of voters, so do his supporters, a majority of whom carry deeply intolerant attitudes toward gay people, Muslims, immigrants, and African Americans.

In fact, the report found 20 percent of Trump’s base disagree with the freeing of slaves after the Civil War, and a staggering 70 percent would still like to see the Confederate flag flying above official grounds in their states.

One-third of Trump’s primary supporters in South Carolina favored “barring gays and lesbians from entering the country.” According to the Times, this is more than twice the support this proposal received by Ted Cruz and Marco Rubio backers.

Another third of his supporters think Japanese internment was an appropriate measure.

The analysis, which used polling data from recent YouGov and Public Policy Polling results, paints a disturbing portrait of the kind of voters with whom Trump’s inflammatory messages are resonating. It could in part explain how the Republican fron-trunner has managed to clear yet another primary victory in Nevada this week.

For more on how Trump successfully tapped into South Carolina’s angry and xenophobic voters, read our deep-dive on how the state became Trump country.