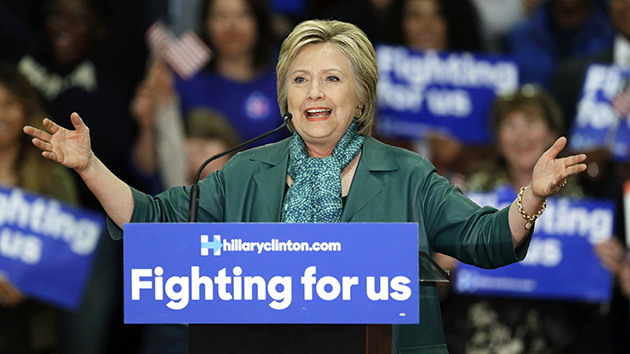 Republicans have long rallied supporters by emphasizing the importance of selecting Supreme Court justices and warning what might happen if a Democratic president picks the next one. In a speech Monday afternoon at the University of Wisconsin-Madison, Hillary Clinton will make the same case to Democrats.

Clinton will discuss the blockbuster cases before the court this term, according to a Clinton campaign aide familiar with the speech, to hammer home the importance of electing a Democratic president in order to protect the party’s top priorities. Those cases include one about abortion access and another on President Barack Obama’s executive actions on immigration.

“Given the range of cases currently before the Court—on everything from immigration to a women’s right to choose, affirmative action to voting rights—Clinton will say that the core pillars of the progressive movement are at risk of being upended by the Court in a single term,” the aide said in an email. She will remind voters that the next president will likely make additional nominations to the court, beyond filling the seat of the late Justice Antonin Scalia.

Clinton will also discuss the current confirmation battle surrounding Merrick Garland, Obama’s nominee to replace Scalia. Clinton plans to argue that “it is critically important that Senate Republicans not be allowed to succeed in their strategy of refusing to consider the President’s nominee,” according to the aide.

The speech, which will also address Donald Trump and the dangers his hypothetical Supreme Court nominees could pose to progressive causes, will likely be seen as a pivot to the general election. Clinton’s Democratic primary opponent, Bernie Sanders, swept three races over the weekend and is hoping to score an upset against Clinton in Wisconsin on April 5. But Clinton still holds a substantial lead over Sanders in the pledged delegate count, 1,243 to 975, with 2,383 delegates needed to clinch the Democratic nomination.