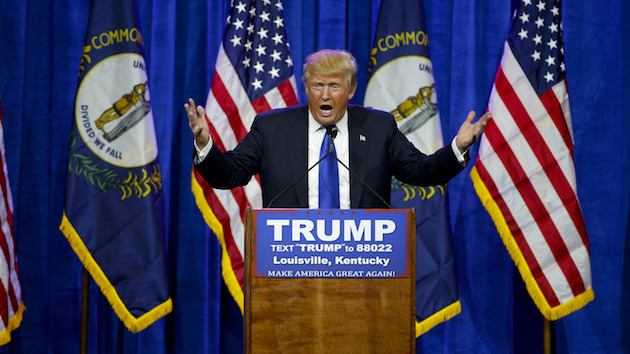 Last Sunday, Donald Trump declined to disavow David Duke, a white supremacist and former grand wizard of the Ku Klux Klan who asked his supporters to back Trump for president. The next day, Trump blamed his response on a bad earpiece garbling the question. It wasn’t until Thursday morning that he finally came around to condemning Duke. By then, the media and Trump’s GOP rivals had spent five days attacking Trump over the issue and hand-wringing about the state of the Republican Party. “So is this how the party of Abraham Lincoln dies?” asked Joe Scarborough, the conservative co-host of MSNBC’s Morning Joe.

But the fact that it took Trump days to condemn a white supremacist didn’t faze many Republican voters at the Conservative Political Action Conference, the annual conservative gathering just outside of Washington, DC.

“Ridiculous,” said Sharon Begosh, 54, of Maryland, when asked about the furor over Trump’s response to the David Duke question last week. She’s pretty sure Trump didn’t hear the question correctly. “There’s not a racist bone in his body,” she said.

Begosh, who is supporting Cruz, said the Duke controversy is an example of people playing the “race card” when they have nothing else on their political opponents.

While pundits have pointed to Trump’s KKK dodge as evidence that the Republican front-runner is riling up racist elements in the party, CPAC attendees saw it differently. One of the most common responses to questions about the Duke issue was that politicians simply are not responsible for who their supporters are or what they believe.

“I don’t think you can control who your supporters are,” said Nestor Riano, 53, of Minnesota.

Brian Bledsoe, 35, of Texas echoed that sentiment. “Can’t blame the candidate about who’s supporting him,” he said.