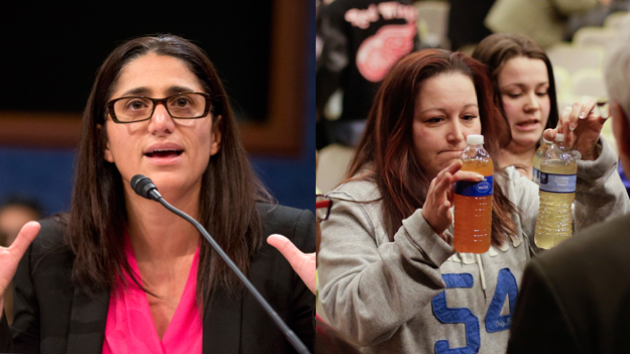 Two women profiled by Mother Jones for helping to expose the water crisis in Flint, Michigan, will receive awards from the prominent free speech and literary group PEN America. The organization announced today that it will grant Freedom of Expression Courage Awards to advocate LeeAnne Walters and pediatrician Mona Hanna-Attisha.

Walters, a stay-at-home mother of four, demanded that the city test her water for lead after her family kept getting rashes and developing other new symptoms. While researching Flint’s water system, Walters uncovered critical holes in the city’s water treatment protocols that she took to the Environmental Protection Agency. Her four-year-old son, Gavin, was later diagnosed with elevated lead levels that could have irreversible neurological impacts.

After Hanna-Attisha, a pediatrician at Flint’s Hurley Medical Center, heard rumors of lead in the city’s water system, she started studying the blood lead levels of Flint children before and after the change in water supplies. She found that blood lead levels had doubled and even tripled after the switch. “She bypassed standard channels to take on a malevolent state bureaucracy, undermining its assertion of official inviolability,” says Andrew Solomon, president of PEN America, which granted last year’s award to French publication Charlie Hebdo. “In speaking truth to power, she has saved innumerable lives.”

According to PEN executive director Suzanne Nossel, the awards were inspired in part by a Mother Jones profile of Walters from January. “Mother Jones‘ account of LeeAnne Walters’ dogged struggle to expose the truth about Flint’s poisoned water supply underscored for us the essential role that citizens’ voices play in cutting through official denials breaking open stories of immense public importance,” Nossel wrote. “The tale of LeeAnne’s tenacity inspired us as a model of courage in the exercise of free expression.”