A branch of the World Bank called the International Finance Corporation is tasked with helping the bank end extreme poverty and “boosting shared prosperity.” Today, the IFC is a moneymaker for the rest of the World Bank and finances the private sector in developing countries via loans and direct investments. The beneficiaries of the IFC’s largesse have included dozens of multi­national corporations and private enterprises that are owned or controlled by some of the world’s richest people. Here are some of the IFCs most controversial beneficiaries: 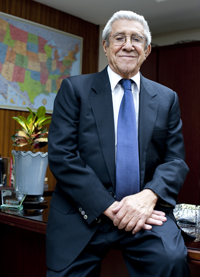 The late Honduran oligarch, who died in June, founded a manufacturing giant that owns 20,000 acres of palm plantations in Bajo Aguán, Honduras. Described by the Los Angeles Times as “colorful” and “often ruthless,” Facussé presided over a company that has been dogged by allegations of using a private security force to forcibly evict families from the land near its plantations. 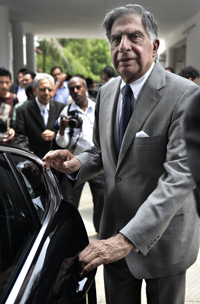 Founded in 1868 by Jamsetji Tata, the Tata Group is one of India’s largest conglomerates, comprising more than 100 companies across industries including automobile manufacturing, chemicals, energy, tea, and hotels. The Tata clan’s IFC-financed “ultra mega” power plant in western India is now the subject of a lawsuit by local farmers and fishermen who allege the project has destroyed their livelihoods by polluting the land and water. 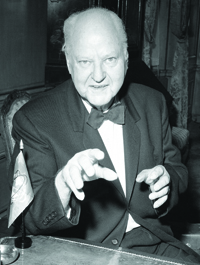 Founded in 1934 by Texas oil tycoon and conservative political activist Haroldson Lafayette “H.L.” Hunt Jr.—an inspiration for the Dallas character J.R. Ewing—Hunt Oil is now owned by Hunt’s son Ray Lee Hunt, who has an estimated net worth of nearly $6 billion and was a major supporter of President George W. Bush. In 2007, Hunt Oil cut a controversial oil deal with the government of Kurdistan that undermined the US policy of Iraqi unification and was deemed illegal by Iraq’s oil minister. In 2009, indigenous groups in Peru issued the company an eviction notice demanding it immediately withdraw from land, including a nature reserve, that it had allegedly occupied as part of its gas exploration projects there. 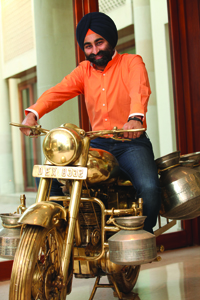 In 2008, the brothers sold their interest in Ranbaxy Laboratories, a pharmaceutical company founded by their grandfather, amid allegations by the US government that the firm had falsified data and test results on drug applications. (Ranbaxy ultimately pleaded guilty.) Worth an estimated $1.8 billion, the Singhs control the Fortis Healthcare Limited chain of “specialty hospitals” in India. The IFC-financed private health care chain markets itself to wealthy Indians as well as international medical tourists. 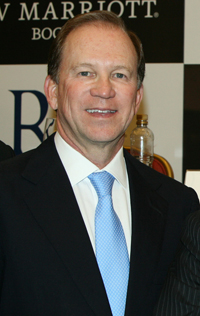 The Salvadoran billionaire—a Mitt Romney pal and an early investor in Bain Capital—heads a family-owned conglomerate founded in 1919. Its holdings include car dealerships, hotels and resorts, manufacturing plants, and 19 malls throughout Central America. The Poma clan is alleged to have backed the ARENA party during the country’s civil war in the 1980s, when the party was linked to the notorious Salvadoran death squads. 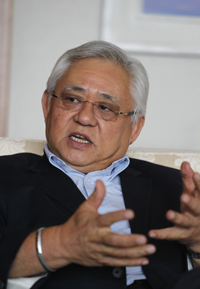 The Burmese tycoon’s holdings span banking to real estate development. With alleged ties to the military junta that ruled Burma for decades, Pun was included in a 2008 State Department cable recommending sanctions against Burmese business leaders who “exploit their contacts with the regime to profit personally” and in turn “provide substantial economic and political support for the regime.” Ultimately, Pun wasn’t added to the US government’s sanctions list.

The 46th-richest man in the world, Schwarz is an intensely private German billionaire—only a handful of photos of him are known to exist—who heads the Lidl chain of discount supermarkets that are ubiquitous in Europe, a business he inherited from his father. Sometimes called “Europe’s Walmart,” the chain has long been accused of flouting workers’ rights, including tracking employees’ bathroom breaks on hidden cameras. When Der Spiegel asked about the monitoring, a company executive conceded that Lidl had “made big mistakes” and had “a lot of room for improvement—especially when it comes to transparency and the way we treat employees.”