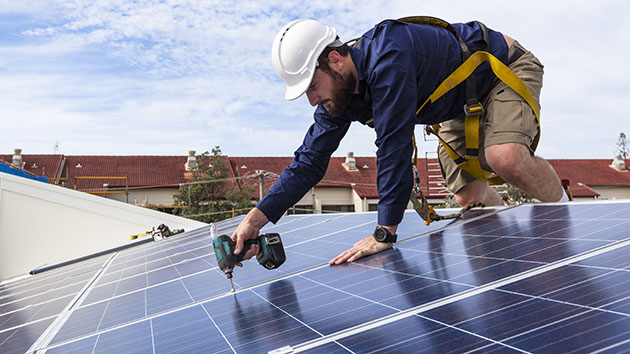 At the end of 2015, the solar industry experienced something of a Christmas miracle when Congress unexpectedly extended a package of vital tax credits for renewable energy that were set to expire. Overnight, 2016 went from looking like it was certain to be a bust to looking like one of the biggest growth years on record.

New analysis from the energy market research firm GTM paints a picture of the awesome year solar installers in the United States have ahead of them. GTM predicts solar installations to jump 119 percent in 2016, adding 16 gigawatts of new solar by year’s end. (For reference, in 2011 there were only 10 gigawatts of solar installed total across the country.) Most of that is utility-scale solar farms, with the remainder coming from rooftop panels on homes and businesses.

This clean energy boost isn’t just a boon for the industry; as a result of the tax credit extension, greenhouse gas savings from solar and wind installations could add up by 2030 to the equivalent of taking every car in the country off the road for two years, a recent study found.

Here’s the chart from the report. Show this to anyone who still thinks solar is some kind of fringe, hippie pipe dream: 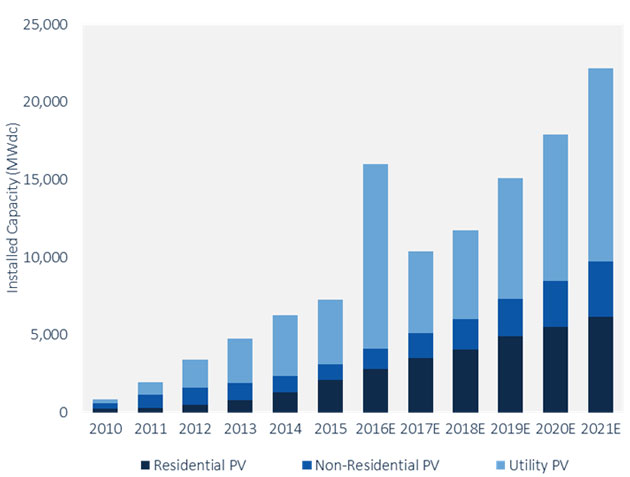