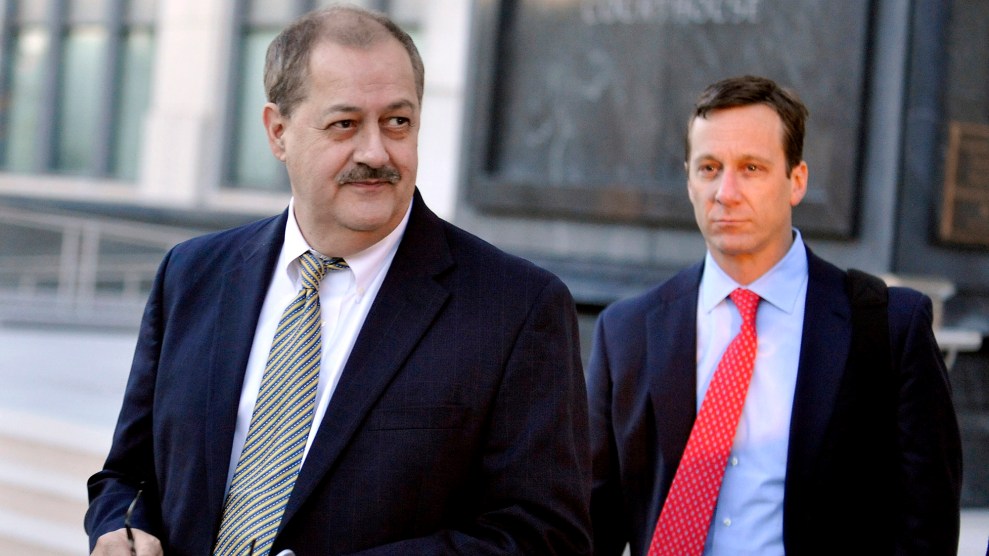 West Virginia coal baron Don Blankenship is slated to start a one-year prison sentence on Thursday after being convicted of conspiracy to violate mine safety rules in the lead-up to a massive explosion in one of the mines run by the company he led, Massey Energy. But his legacy still hangs over West Virginia politics.

On Tuesday, his allies helped elect a business-friendly justice, Beth Walker, to the state Supreme Court by pouring at least $2.5 million into the race, according to the Brennan Center for Justice. It’s a strange ending to a story that began 12 years ago, when Blankenship spent $3 million to unseat a liberal justice and replace him with a Charleston attorney named Brent Benjamin, who went on to vote to overturn a $50 million judgment against Massey Energy.

The US Supreme Court ultimately ordered Benjamin to recuse himself from the case. The whole episode so reeked of corruption that it inspired John Grisham novel and a public financing system for judicial races in West Virginia. But over the course of Benjamin’s 12-year term on the bench, Blankenship’s allies determined that Benjamin was not conservative enough and decided to try to replace him with Walker.

Last year, Republicans in the state legislature reformed the process for electing Supreme Court justices. Whereas the old system had the political parties nominate candidates for a November election, the new system features a nonpartisan election on the primary election date, allowing a large number of candidates to compete. The result is that the winner need only take a plurality of votes among a potentially divided field. That’s exactly what happened on Tuesday. With most precincts reporting by Wednesday morning, Walker won a 12-year term with about 40 percent of the vote, followed by liberal candidates Darrell McGraw (the brother of the justice Benjamin beat in 2004) and Bill Wooten. Benjamin came in fourth place, with less than one-third of Walker’s vote total.